This former monastery dated from 1592, offers luxurious colonial-style accommodation, set around a courtyard. It is situated in the Cusco´s lively historical centre and 2 blocks from Plaza Armas Square. Religious art cover the walls of Hotel Monasterio. Rooms are equipped with cable TV, free WiFi, and an iPod docking station. Oxygen enriched rooms are also available.

Dining options at Monasterio include Tupay and Illariy Restaurants where Andine cuisine and breakfast are served. Fine wines are ordered in the lobby bar and room service is available. Leisure activities include horse riding, mountain biking and treks to the magnificent Machu Picchu. After all the effort, massage treatments can be enjoyed. 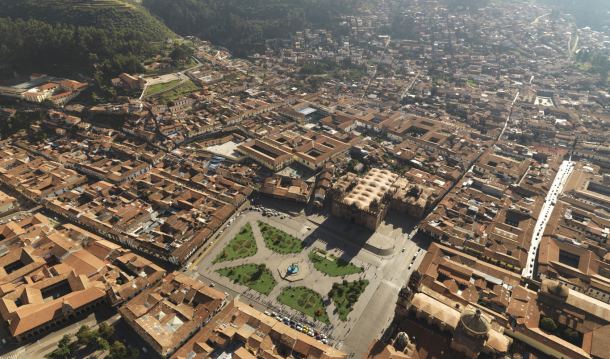 The building is located two blocks from the Plaza de Armas. It was originally built in the year of 1595. After being established on the Inca Amaru Qhala’s palace, it was taken over by the Spanish three years later and founded the Seminary of San Antonio Abad. In the year of 1650, a major earthquake struck and damaged the building. During the reconstruction of the building, there was an addition of a chapel. In the year of 1965, the palace was transformed and remodeled into the hotel that it is now. The Hotel Monasterio is considered a historical landmark and is protected by Peru’s National Institute of Culture.

There are stones around the entrance doors that still have the original Spanish Arms Escutcheon. It also has the image of Bishop Monsignor Juan Serricolea y Olea. The Chapel is known to be styled in a Baroque style that includes old paintings and gold plated frames. In the centre of the hotel, there is a courtyard that holds a fountain and an old cedar tree that is 300 years old.