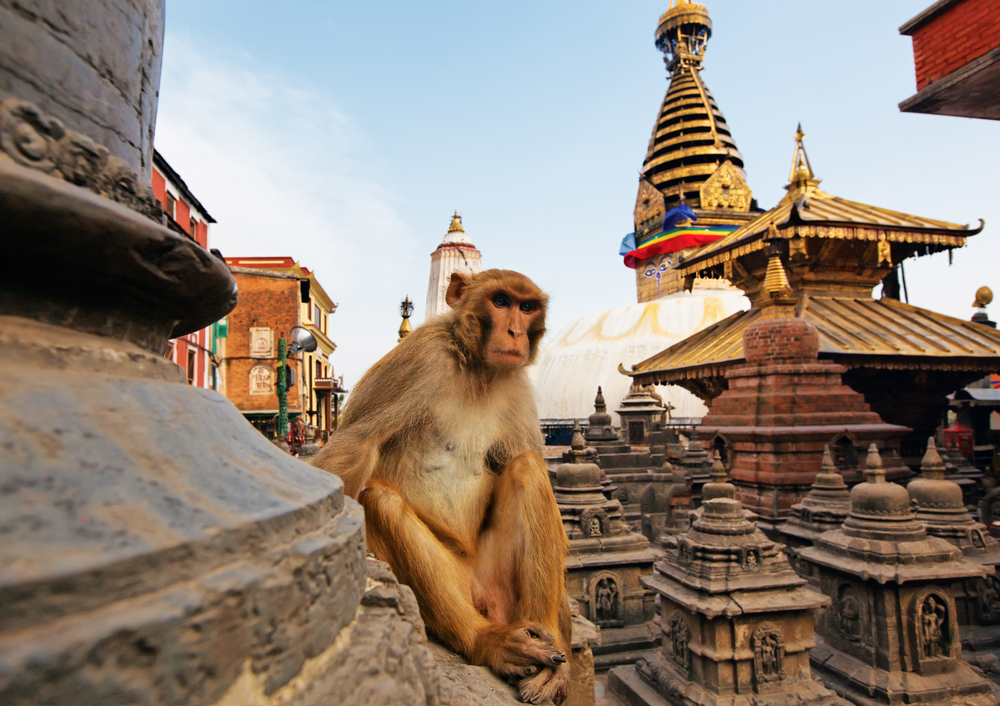 Nepal is located in southern Asia between Tibet and India with whom they share a 2926 km long border.

It has an area of 140,800 km2, and according to recent data there are about 29.5 million inhabitants, of whom 88 percent live in rural areas, while only 12 percent in cities. The most densely populated are lowland parts and valleys with altitudes up to 1,500 meters.

The capital of Nepal is now a one million city Kathmandu, which is situated at 1,400 feet, with very pleasant summer temperatures (around 25 C), including the monsoon rainfall and mild winters (10 C) with almost no snow. Kathmandu is the starting point for many Himalayan expeditions.

Nepal became a parliamentary monarchy in 1950, but the regime essentially remained absolute, until 1990, when they allowed political parties. However, it did not bring long term stability so after the civil war in 2007 the monarchy was abolished and Nepal became a secular state with a republican constitution. 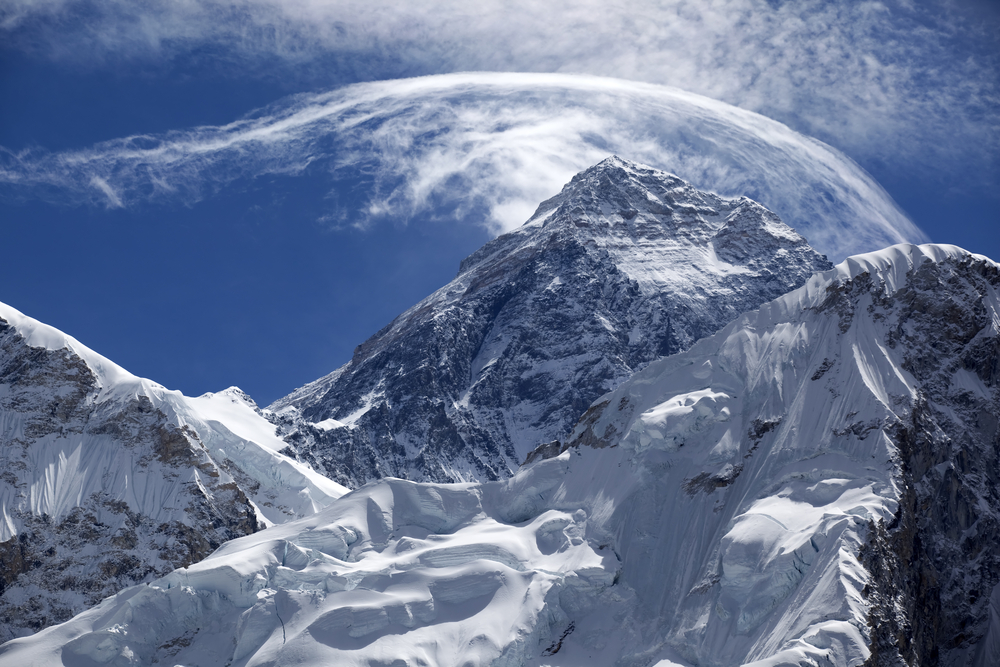 The official language is Nepali, and most inhabitants are Nepalis (58.4 percent), Bihar (18.7 percent), Tharu (3.6 percent), Tamang (3.5 percent), Newari (3 percent) and others (12.8 per cent). Famous guides of expeditions through the Himalayas, Sherpa people, form only 0.68 per cent of the population.

Religious population is more homogenous. The vast majority are Hindus (80 percent), followed by Buddhists (10 percent), while significant minorities are Muslims, Jains and other religious groups.

Geographical location and the unstable political situation had resulted in isolation from the rest of the world and poor economic development so the population is mainly engaged in agriculture. From mineral resources they have some coal, iron and acre. Wood and jute are processed, and they export a little raw and tanned leather.

The industry began to develop during the eighties of the last century, when Nepal economically opened to India. Recently tourism began to develop. Gross national product is only $1,400 per capita and unemployment is only – one per cent.

This ancient square is full of palaces and temples which are up to thousand years old, and is also on the UNESCO list of world cultural heritage. There are situated royal palaces, among which the most luxurious are Narayanhiti, Dhokla and Hanuman Durbar. Along with the wall of the Palace Durbar is a stone inscription from the 17th century in 15 languages. It is believed that it contains coded instructions on how to get to the treasure of King Pratap Malla, who is buried nearby.

It is one of the holiest Buddhist sites in the country with a beautiful view on Kathmandu. Buddhist and Tibetan jewelry and souvenirs are selling in every corner.

An important Hindu temple with a statue of Shiva in the form of lord of animals.

The former royal palace has been converted into a museum, where all the splendor of the magnificent hall is visible.

District where Hipic from the west sought enlightenment has now been reduced to only a few restaurants and hotels.

The right place for shopaholics and culinary explorers.

It is also worth visiting:

City of Pokhara, the second largest in Nepal, as well as nearby Lake Phewa Tal.

Official language: Nepali
Religion: Hindu (80 percent), Buddhists (10 percent), other religions (10 percent)
Currency: 1 Nepalese rupee = 100 paisa
Climate: typical monsoon, with dry and rainy season
Time difference: UTC +5:45
How to travel: the best (and certainly the easiest)way is to travel by airplane to the airport Kathmandu’s Tribhuvan International Airport, via Delhi, Dhaka and Bangkok
When to travel: from September to November and March-May
Diseases and Prevention: Vaccination is not mandatory
Visa: is required, along with a photo; transit is 5, weekly 15, monthly 40, and quarterly $ 100
Water: Do not drink tap water, only in better hotels
Recommendation: get travel insurance from an insurance company
Hotels: in Kathmandu you can sleep in Hotel Potala for 6 euros, Nirvana Garden (3 stars) for 24 euros or in The Everest Hotel (4 stars) for 98 euros, in Pokhara – two stars Hotel Snowland for 18 euros or a bit luxurious Fish Tail for 63 euros
Restaurants: in Kathmandu Nepali Chulo with Nepali food, Third Eye Restaurant with Indian food, and Dechenling with Tibetan and Via Via Cafe with European cuisine, in Pokhara Tea Time Bamboostan with the Nepali or Tibetan Lhasa Tibetan Restaurant with food are worth visiting.