We have spoken with the esteemed Croatian screenwriter and film director Zrinko Ogresta.

Prominent Croatian screenwriter, film director and professor of film directing at the Academy of Dramatic Arts, is the author of numerous short films and television movies. Zrinko Ogresta is a member of the European Film Academy based in Berlin. He has been awarded at prestigious international festivals, among which are festivals in Venice, Karlovy Varyi, London, Montpellier, Haifa, Denver and Milan. Highlights of his career are nominations for motion pictures: “Krhotine” (1991), “Isprani” (1995) and “Tu” (2003).

For Wish.hr Zrinko Ogresta reveals something about his latest movie “Projekcije” and what features every good director should have.

W: In croatian theatres, viewers can see your latest film “Projekcije”. What makes this film distinctive and how idea about this project came to you?

Actually, I do not speak often about it but I would like to single out one thing, and I think it is not irrelevant: all my previous films were dramas. This film could be defined as a comedy-drama. It is, I think, very passable, communicative, often witty and easy to follow film. My films have received a praise, but sometimes qualifications like “serious”, “intellectual”, “highly artistic” may came as burden. Of course, it is not that bad, but I really do not make films that any viewer could watch and understand. I imagine that my films are like layered sandwiches, someone in that sandwich can recognize more and someone else less flavour, but everyone can find something for themselves.
I have received script for this film, more than two years ago. In this world of psychiatrists, who have showed in this film only as a paradigmatic group, which means that any other group in this form can be recognized. I can related with and recognized some of their interests, frustration, anguish so I found fertile ground in myself and I engaged in this creative adventure.

W: In the highly commercialized films technology (3D) takes precedence over the story. Does film abandon their hard-won artistic roots and is it turning to visual experience as the sole purpose of existence?

It is true, more and more films considerably seeks to “captivate” with effects and surprises. Like everything else, film, broadly speaking, reflect the times in which we live. There is no doubt, films are much more shallow than in some previous times, and the amount of superficial content in various ways, including film, are far much greater. Fortunately, the flowers did not cease to grow, so we can found it today, rarely indeed. In the films, also. 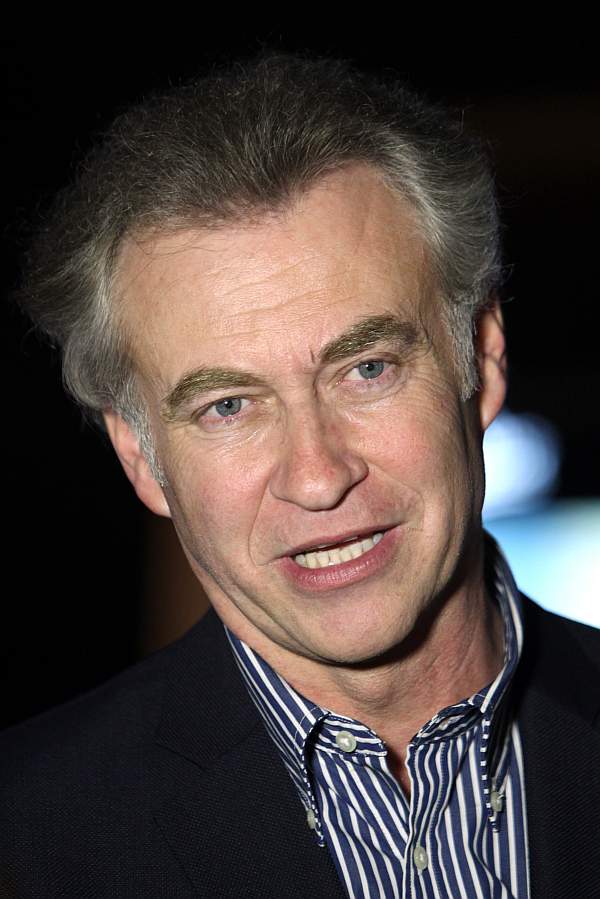 W: Directorial job is classified, by the general perception, as the creative profession. But in the whole, this is process which is formed from various stages and also implies excellent organizational skills. In which part of the process of filming your creative part can be most prominent, when you feel totally free to create?

I can find the greatest pleasure in a montage. Assuming that the most delicate and the most stressful part of filmmaking, recording, is done as I imagined, montage becomes pure pleasure. So much, that I come eager and excited to film editing terms even full hour earlier. I feel sorrow whenever the montage of the film coming to a end. I could easily sleep in the montage room.

W: Can we find, in today Europe, strong directors as they were Truffaut, Fellini, Bergman and many others. Is there any director who is currently setting new standards in the film, and he is not known as some other acclaimed blockbuster directors?

Of course there are great directors who are not only great artists, but I dare to say, they are also a great thinkers, like Haneke and Von Trier, for example. There are a number of major directors in the small cinemas, with only one fact that goes in their disadvantage, that they come from small countries and they are less noticeable. There are almost everywhere.

W: Does the lack of funding, blocks creativity or maybe opposite?

Money has never made ​​”a good movie”. Recipe for quality is not in the cash but in the vision and creative power of film authors. However, it is clear that a painter without quality color can not make a quality image and thus in the emergence of the film you have some standards and cost that you can not ignore it.

W: In your view, what a characteristics must a good director have?

First of all he must know himself very well, without a distorted vision of himself. Everything comes from us. If we are fake, what we create will be fake also. There is so many films that vividly confirms it. The filmmaker can not hide behind their own film. Each of our film, so clearly illustrates, bares authors to the bones, that sometimes is very painful for filmmakers. If you want to your creation be a genuine and authentic, you must do it without a priori need to be liked by someone.

W: Can you compare today’s way of studying with yours student days, and which professor had the most influence on you?

One thing is always the same – for students to study at the Academy is prolific as much as they want it. The more you seek from yours professors, more you will get. That was the case when I studied. I think I was just one of those students, like louse, but in the positive way. I like to explore the most hidden corners of the my mentors and teachers mind, especially professors Babaja and Golik, to pull out the best of them. And I succeed.

W: How did you find your style of work? Did you by creating a variety of movies changed your philosophy and approach?

I do not think about style as something that would define me. Honestly, I’m not inclined by authors who “direct style”. I regularly direct the content and style is the result of mine creation. And this result has never been the same. I hope that style of my films are not similar to each other.

W: Which director do you value most and why?

Krzysztof Kieslowski. I can recognize myself in him. We have completely identical spiritual point of view and even the same sense of style.

W: Your job requires lots of travelling? Which country and people have left the deepest impression on you?

I think Israel … And when I say that I know that I am one among many others who are truly fascinated by this country, by its historical and spiritual heritage.

W: And finally … how you like to spend your spare time? How do you relax? Do you love to read, maybe cook or simply you just let your mind free in the long walks?

My regular daily routine implies five kilometres on the hill trails in fast walking pace, and every Saturday or Sunday climb on Sljeme. That is something I never miss. Reading literature is the natural environment of any serious filmmaker and without it there would not be my movies.