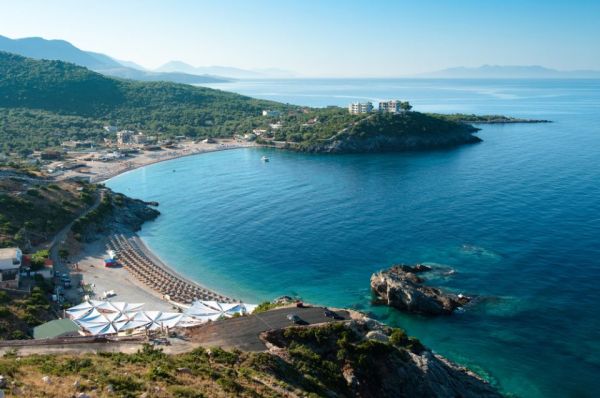 Republic of Albania extends over about 28 thousand square kilometers in southern Europe. It borders with Montenegro in the north, Kosovo in the northeast, Macedonia in the east and Greece in the south. In the southwest and west it has access to the Ionian and Adriatic Sea.

Geographically it is a hilly and mountainous country, and the highest peak rises to 2694 meters in the north of the country, specifically on the Lake top, which is an integral part of Prokletije – the so-called Albanian Alps.

The country has about 3.5 million inhabitants, of whom Albanians form 95 percent of the population, and the biggest minorities – Greeks – about 3 percent. This is one of the poorest countries in Europe, with an underdeveloped industry, high unemployment and corruption, so it doesn’t surprise that many residents left the country looking for a better living. Statistics show that nearly one million Albanians live abroad – mostly in Greece and surrounding countries such as Kosovo and Metohija, Montenegro and Macedonia.

Capital – Tirana – is situated in the south part of a valley Ishmi, thirty kilometers from the Adriatic Sea. It is a cultural and industrial center of the country. 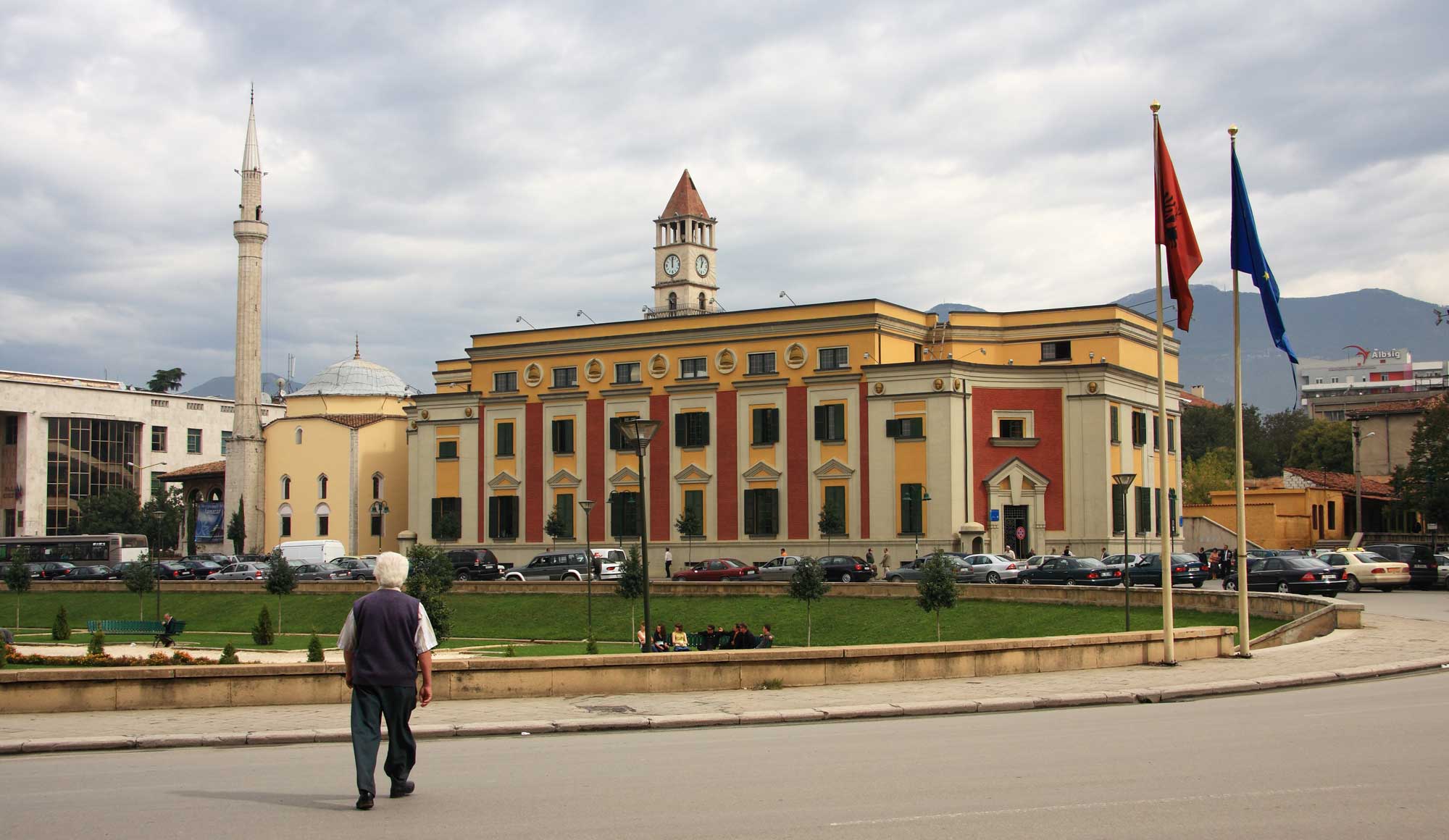 Albanian cuisine strongly resembles the surrounding cuisines, while Turkish and Greek influence is mostly noted. Here you can eat lots of meat and various vegetables and fruits. Common are spinach and cheese ‘burek’ and baklava. Brandy is popular in parts of the country where alcohol is drunk – especially the mulberry, and throughout the country coffee, tea and fruit juices are consumed.

Explore Tirana and its cultural and historical monuments. Visit Skenderberg square with Ethem mosque – the oldest in the city and mausoleum of Enver Hoxe which is located in an interesting building with a pyramid shape. Series of museums and galleries, as well as the city zoo and botanical gardens are available to you. Discover the exciting nightlife of the capital city of Albania.

The Albanian Riviera is a right destination for lovers of swimming and sunbathing, and the city Durres is one of the most visited destinations. It’s also one of the oldest Albanian cities and ports on the Adriatic Sea, and it boasts with the great Roman amphitheater from 2nd century. Relaxing summer vacation awaits you on the sandy beaches and picturesque towns of Dhermi and Vlore.

Tourists visit the city of Gjirokastra in the south of the country, whose historical center is registered on UNESCO’s World Heritage List as a rare example of Ottoman city that was built by landowners. An old fortress with a watch-tower, houses with stone roofs, and numerous museums dominate here. Be sure to visit the old bazaar, which dates from the 17th century, and where the town’s main mosque is located. 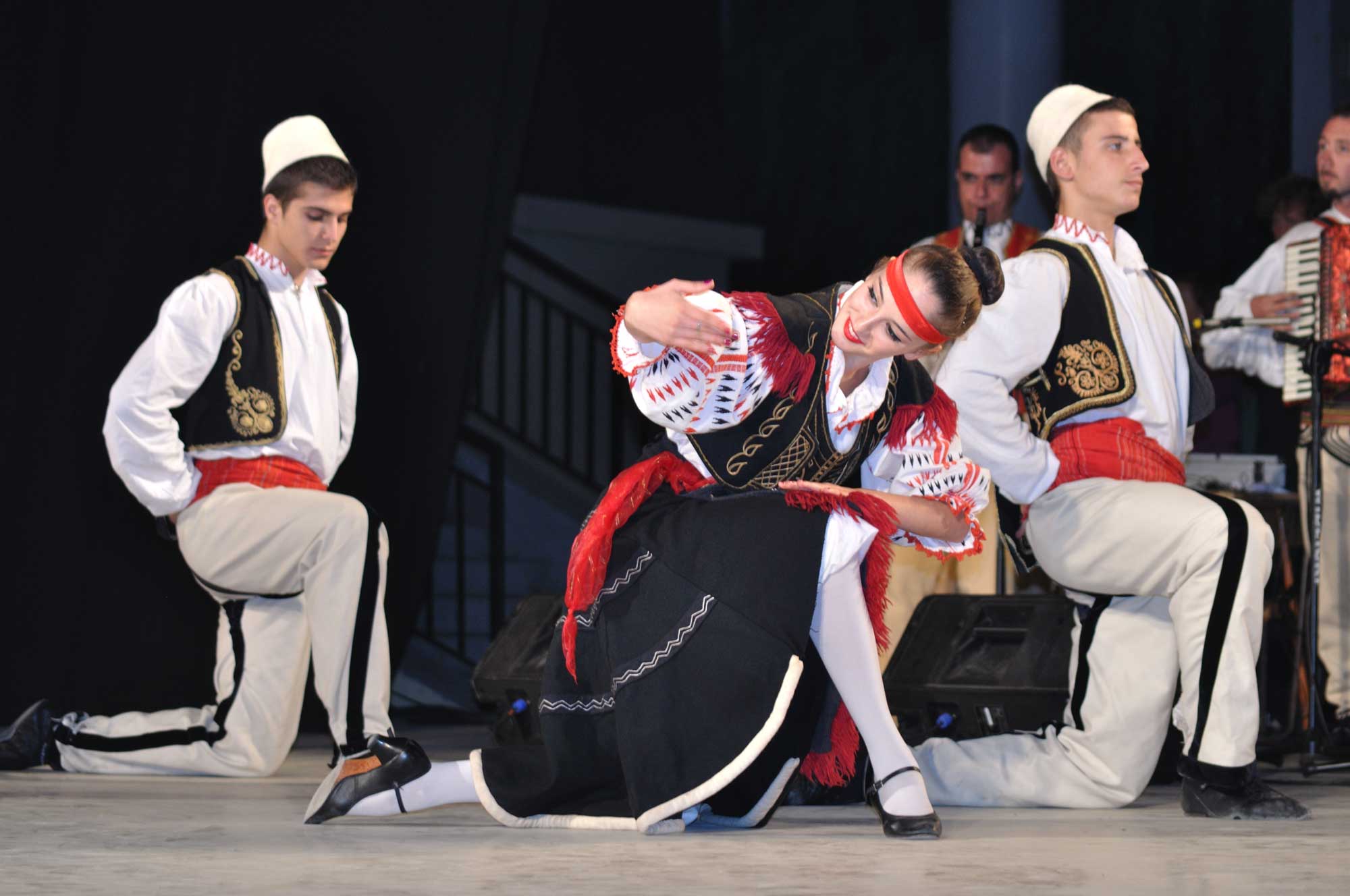 Visit the fascinating Albanian nature in the Lura National Park, which extends over 1280 acres in the east of the homonymous mountain. The park is home to many animals – such as the Balkan lynx, wolves and brown bears, and here you’ll also find an interesting flora. However, the main attractions is the glacial lake, which extends at an altitude above 1000 m, which is completely frozen during the winter.

Favorite tourist destination in Albania is the city Butrint – which has been inhabited since prehistoric times and it is located in the southwest of the country. At the present archaeological site under the protection of UNESCO, you can witness the conquest of many civilizations. At your disposal there are the remains of the former Greek colony, Roman and Byzantine city, and buildings with distinct Venetian influence.

Official language: Albanian
Religion: Islam (70 percent), Christianity (30 percent)
Currency: Albanian lek (ALL)
Visa: Not required
How to travel:
BY PLANE: There is no direct flight to Tirana, but cheap flights with stops are available; the main airport of Albania is Tirana International Airport
TRAIN: There is no direct rail line – organize your trip with stop in Serbia, Montenegro and Macedonia
COACH: organized direct buses from Dubrovnik to Tirana, the bus lines from Zagreb are also available, but with a stop in the above-mentioned countries.
SHIP: Organized ferry lines from Dubrovnik to Albania’s Durres
Disease and prevention: special vaccinations to enter the country are not required.
When to travel: Spring-Summer
Accommodation: Hotel Theranda and Sheraton in Tirana are an excellent choice.
Restaurants: Rozafa and restaurant Sofra e Ariut in the capital serves authentic delicacies of this area.

Ministry of Foreign Affairs advises caution when traveling to Albania. This is particularly true in the border area with Kosovo where there is still danger of remaining mines. Croatian citizens should monitor news, follow the instructions of local authorities, and avoid large gatherings and places of protest.

Watch for your documents and assets around the tourist centers.