A country of classical music, rich history and stunning natural beauties impresses tourists from all over the world.

Austria extends over 83 000 square kilometers in central Europe. It borders with Switzerland and Liechtenstein in the west, Italy and Slovenia in the south, Hungary and Slovakia in the east, and Germany and the Czech Republic in the north. The highest peak of Austria – Grossglockner – rises to 3798 meters in the Alps. This mountain system extends in the west and south side of the country, while the north and east side is flat and hilly. Austria is proud of its seven national parks, and with sixty other nature reserves.

A little more than 8 million people who belong to different nations live in Austria and majority of them are Austrians. In the federal state of Burgenland (Burgenland) lives a community of about 35 000 Croats. 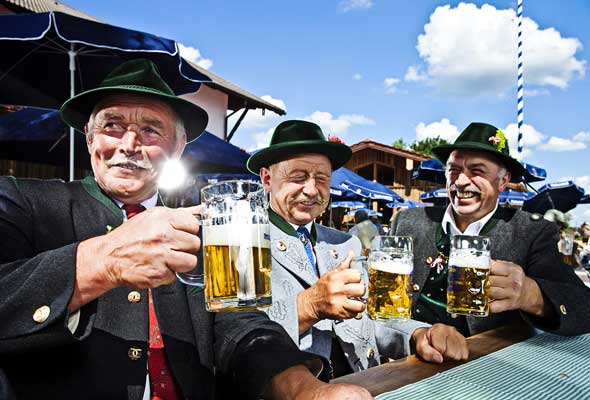 Capital – Vienna – is situated on the banks of the Danube in the northeast. Founded in the 5th century BC by Celts it has played a significant role in many countries and alliances throughout the history. It is a favorite tourist destination due to its numerous historic monuments and buildings which were made ​​during the Austro-Hungarian monarchy. Cities Salzburg, Linz and Innsbruck are gladly visited.

Classical music lovers often visit this country, because many famous composers, like Mozart, Schubert and Haydn were born here.

Explore Vienna! Be sure to visit its main symbol – the Cathedral of St. Stephen, which is located in the old town and is under the protection of UNESCO. Take a look at Schonnbrunn and Belvedere Castle, Parliament House, the Albertina Museum and many other attractions. Unavoidable destination is the amusement park Prater, and its monumental circular carousel which provides a magnificent view of the entire city. 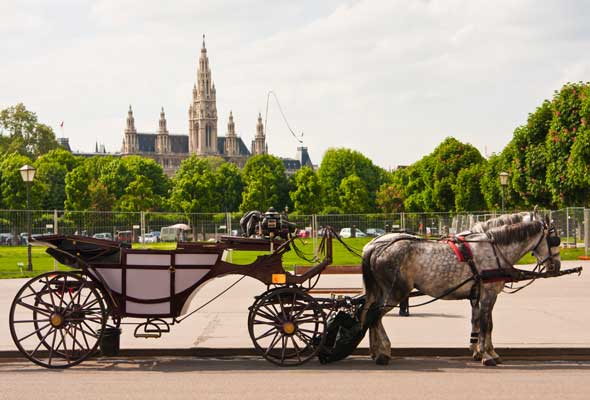 Everyone knows that for the Croats Austria is a true ski mecca. At your disposal there are resorts Bad Kleinkirchheim, Goldeck, Flachau, Nassfeld, Ankogel and many others. Ski tourism is highly developed in this country, so ski tracks are maintained, the service is good, and a lot of fun is guaranteed.

Lovers of Baroque architecture come to Salzburg, which center of town is on UNESCO’s World Heritage List. It is located in the west, on the border with Germany and was named after its salt mines which are no longer in use today. However it is most famous because it is a birthplace of Wolfgang Amadeus Mozart. Visit his native house and try the real Mozart balls. Yummy!

The largest park of central Europe and the most important National Park in Austria is Hohe Tauern. It stretches over more than 1800 square kilometers and hides unforgettable mountain peaks and glaciers as well as the impressive waterfalls Krimmler. This place is considered to be the cradle of European alpinism because the 3251 m high and icy Ankogel was the first peak of the Alps conquered by an individual in 1761. 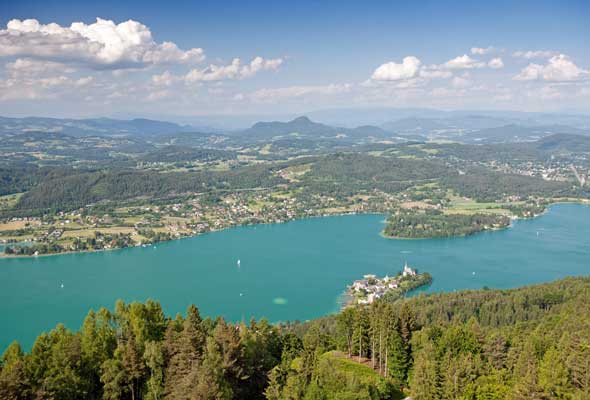 Klagenfurt is the capital of the federal state of Carinthia, it is situated in a fertile valley surrounded by the Alps. Here you will find one of the warmest alpine lakes – Wörthersee, and with it the largest lake beach in Europe. The lake is located in Minimundus Park which hides minimized copies of the most significant buildings.

Official language: German
Religion: Christianity (83 percent), Muslim (5 percent), atheists and agnostics (12 percent)
Currency: euro (EUR)
Visa: Not required
How to travel:
BY PLANE: The quickest way – Croatia Airlines to Vienna International Airport.
BY TRAIN: Croatian Railways (http://www.hznet.hr/Default.aspx) drives to Vienna every day.
BY BUS: The most common transportation if you go through an agency. If you want it to be cheaper and you don’t care about your starting destination- take shopping buses that usually go on Fridays or Saturdays for Graz.
CAR: Zagreb-Vienna (360 km), the speed limit: 130 km / hour on the highway. The vignette is mandatory (8 euros for 10 days)
Disease and prevention: special vaccinations when entering the country is not required.
When to travel: all year around
Accommodation: Hotel am Stephanplatz, Hotel Altstadt Vienna and Sofitel Vienna Stephansdom in Vienna – are excellent choices.
Restaurants: Restaurant Steirereck in the capital offers modern Austrian cuisine. In Austria, you can use a range of international restaurants (Asian are particularly popular!), and be sure to visit the restaurant of Hotel Sacher, which was named after their most famous desserts – cake Sacher

Be careful of petty thieves around tourist centers.