With 1.3 billion inhabitants, China or officially People’s Republic of China, is the most populous country in the world and one of the most interesting tourist destinations.

After Russia and Canada, China is the third largest country in the world, and covers a total of 9,596,960 square kilometers. Until 1911 China was united in a vast empire, which lasted more than two thousand years and hence is considered the oldest civilization.

Located in East Asia, China stretches from the Pacific Ocean in the east to the Pamirs mountain range in the west (about 5000 km) and from the River Amur (Chinese Heilong Jiang) in the north to Hainan Island in the south (about 4000 km). In China’s territorial waters, there are more than five thousand islands of the total area of about 80 thousand square kilometers, whose littoral is about 140 000 kilometers.

China is divided into the regions Manchuria, Northern, and Southern China. The largest center of Manchuria is Shenyang, which has 3.6 million inhabitants. This section highlights the enormous mineral wealth, for which they once fought with Russia, China and Japan. Manchuria is today known for metallurgy, textile, food and chemical industry, and agricultural production is also developed.

The capital Beijing is situated in North China, and it has a population of 5.77 million people. As well as being the intellectual center of the country, Beijing also has a highly developed trade and industry. North China Plain, the Shandong Peninsula and the Western Plateau stand out in this region. Plains are a leading agricultural area of China and most of the population lives there. This region is also famous for fossil fuels so one of the leading industrial regions of the country with highly developed chemical, metallurgical and electrical industry was set up here. 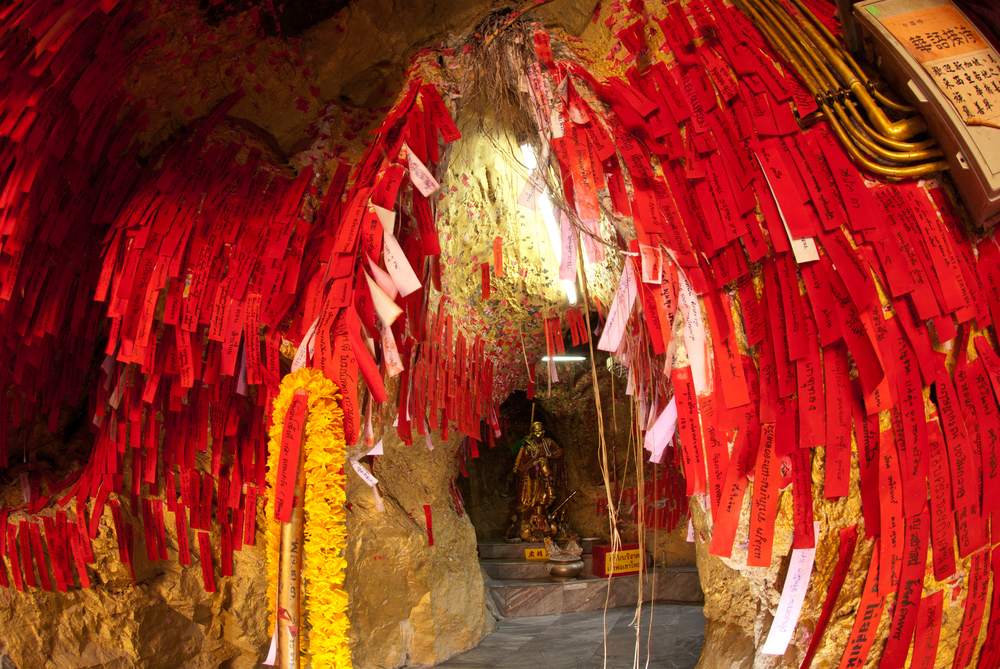 South China is divided into the area Yangtzee, area Xi Jiang, and southwestern plateau. In the lowlands of Yangtzee rice is mostly grown, but other cultures such as cotton, wheat and tobacco are also represented. Here there are many large cities, including Shanghai with 7.6 million inhabitants. Population is very dense, and most of the Chinese industry has developed in South China.

The area of External China is populated with very few Chinese people, dominated by minorities such as Tibetans and Uighurs. The most important part of external China is an autonomous province Tibet,  whose largest city is Lhasa. It is located in the Brahmaputra valley and is known as the center of a special kind of Buddhism. The population of this area is mainly engaged in agriculture and animal husbandry.

The magnificent Great Wall of China consists of a set of defensive walls with towers and is located in northern China. The first Chinese emperor Qin Shihuang began its construction in order to protect his country from the attacks of nomadic tribes of Huns, and its construction lasted until 17th century. All the walls together are 8851.8 km long, and its main part is 2450 kilometers long, making it the largest building in the world in mass and volume. The wall consists of several connected or unconnected parts of different ages and construction. In 1987 Great Wall of China was inscribed on the UNESCO list of World Heritage in Asia and Oceania and in 2007 was listed among the seven new wonders of the world.

The former imperial palace of China’s dinasties Ming and Qing Forbidden City became a tourist attraction after the revolution in 1911. It consists of 800 buildings and has 9999 rooms. Most interesting are the two buildings: one was designed for women who lived in the Forbidden City, the empresses women. The second building was intended for the emperor and his empress, where they spent three days after the wedding, and then separated and lived the rest of their lifes living in different buildings. After reaching 18 years, the emperor’s children were expelled from the Forbidden City. UNESCO put this unbelievable building on the list of world cultural heritage in 1987. 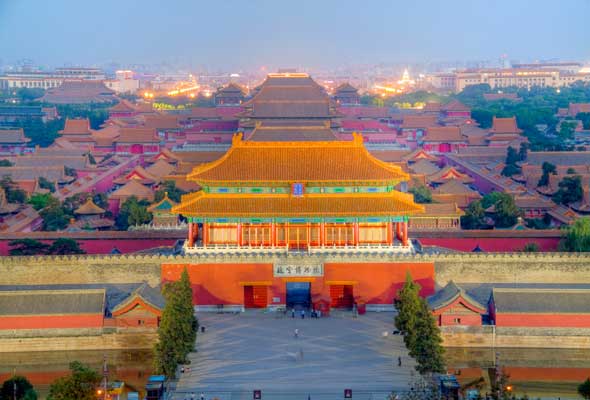 Stadium built for the biggest Olympic Games held in China in 2008 is called the Bird’s Nest, and extends over 10,000 square meters and has 91,000 seats. Irregular mesh steel constructions, 80,000 tons heavy, make it a unique building in the world which at its widest part has a diameter of 343 meters. Bird’s Nest is visited by millions of tourists from all over the world.

Near the Bird’s Nest a Water Cube was built, known as architectural feature of the Olympic Games. Water Cube has a page 177 meters long, 31 meters high, and can accommodate up to 17 thousand spectators.

Official Languages: official language is Chinese and official dialect is Mandarin.
Religion: non-religious and atheists (63.1 percent), Taoists and members of the Chinese traditional beliefs (20 percent), Buddhists (8.4 percent), Christians (5.6 percent), Muslim (1.5 percent) and others (1 , 1 percent).
Currency: yuan (yuan renminbi, CNY and the label Y, 1 yuan = 10 jiao = 100 fena)
How to travel: the simplest way is by plane, airport in Beijing, Beijing Capitol International Airport, the largest and most modern in the world.
When to travel: it is best to travel in the spring, from March to May, or in autumn, from September up to half of November.
Visas: visa application should be submitted up to three months before traveling. The travel document must be valid for at least three months after expiry of visa. Consular fee for a visa is 320 RMB and shall be paid on the account of the Croatian Embassy in Beijing.
Disease and prevention: No vaccinations needed. But before traveling get more information from the web site of the World Health Organization (WHO).
Accommodation: Among the more exclusive hotels in Beijing are the Grand Hotel Beijing (five stars), The Shangri-La Hotel Beijing (five stars), Ascott Beijing (five stars), Kempinski Hotel Beijing (four stars) and many others. Prices range between 90 and 150 euros. You can find many hostels in Beijing which cost from four euros for the night.
Restaurants in Beijing: You can choose one of the local restaurants, and among the more famous are: Wangfujing Snack Street, Liqun Roast Duck Restaurant, Donghuamen Night Market and Beijing Dadong Roast Duck Restaurant. Do not miss to try the unique Chinese specialty – Pekin ducks. 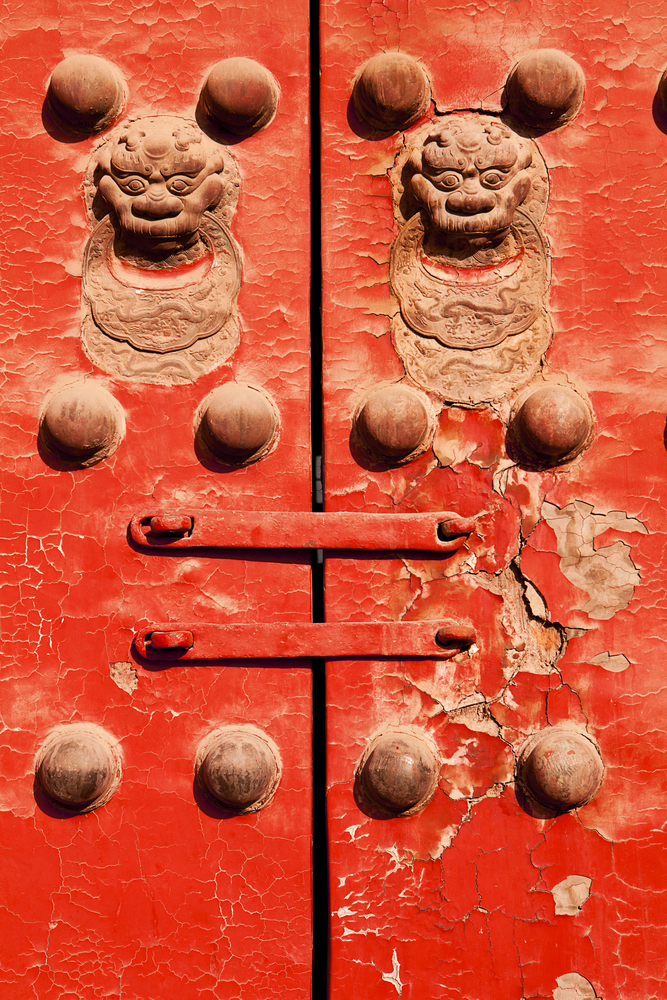