Pearl of the Indian Ocean for a careful and eventul holiday.

Union of the Comoros is an island state which extends over 2100 square kilometers in south Africa. Specifically, they are located in the Mozambique channel between Madagascar and the African mainland. They gather three major volcanic islands: Grande Comore, Anjouan, Mwali, and several smaller ones.

700 thousand people live in the country, mainly engaged in agriculture and livestock. This is also one of the poorest countries in the world.

The capital and its most important port – Moroni – is located on the island of Grande Comore. There is a strong timber and food industry in this city. Wood, essential oils, and vanilla pods are their main exports.

Comoro diet is based on foods that can be found or caught at certain times of the year. Although it sounds like a healthy diet, sometimes they go months without vegetables. The foundation of the diet are fish and seafood, while you can find asian fruit (jackfruit) on the islands. Even though most of the population belongs to Islamic religion – alcohol is widespread here. You can buy beer, wine, and various liquors.

5 unforgettable tourist attractions in the Union of the Comoros:

The highest point of Comoro – Mount Karthala – rised up to 2361 meters above sea level on the island of Grande Comore. It is an active volcane, whose eruption in 2005. and 2006. made a crater – which is a favourite tourist destination these days, and its surroundings remind of science fiction movies that talk about other planets.

Comoros are a perfect destination to enjoy in typical sea activities – swimming in the warm and crystal-blue sea, and lying on the beaches. If you enjoy in underwater explorations – dive around the small islands of Maya and Baobab, because they hide the spectacular coral reefs. 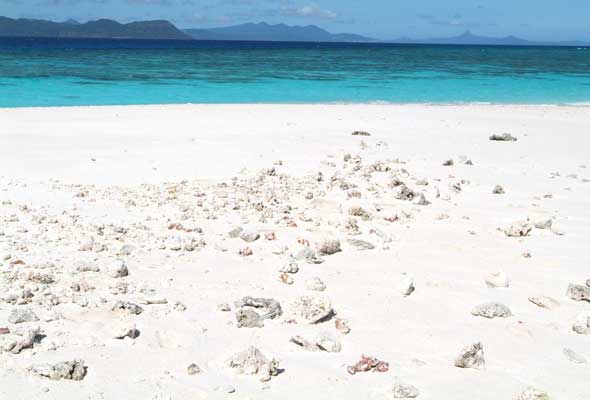 Moroni is one of the msot popular tourist destinations – mostly because of proximity to the airport and because of its spectacular sand beaches. But maybe the main reason are the dolphins – which can be seen along the coast of the island. The most visited building in Moroni is the moque – Ancienne Mosquee du Vendredi.

Fans of traditional crafts definitely have to visit the town of Nioumachou on the Mwali island, where the population is engaged in these activities. Carpets made with traditional techniques, pieces of ceramics, and handcrafts made of wood are all made here.

If you love being on the move – Comoros are the right destination for you. You can go fishing, sailing, cycling, hiking, or bird watching. Go explore the traditional architecture of this area, discover some of the endangered species like sea turtles or just enjoy in the scenery of rainforests.

Official language: comoro, arabic, french
Religion: Islam (98%)
Currency: comoro franch (KMF)
Visa: necessary – get it when entering the country.
How to travel: via airplane – main airport is Prince Said Ibrahim International Airport not far from the capital.
Diseases and prevention: vaccination against yellow fever is necessary. You can get vaccinated with dr. Andrija Stampar (Mirogojska 16, Zagreb, tel: 01 46 96 125). You have to get vaccinated at least three weeks before traveling. There is a high risk of malaria infection.
When to travel: From may to October
Accomodation: Itsandra Beach hotel and hotel Karthala are good choices in the capitol city.
Restaurants: hotel restaurants are a good choice

Ministry of foreign affairs in Croatia advises caution when traveling to this country because of an unstable political situation – especially in the area around Anjouan island. There are also pirates in the waters of the Comoros.

Drink only bottled water. Avoid ice in drinks because it is made from local water. Eat in hotel and tested restaurants.