A country in central Africa that meets even the most diverse tourist appetites.

Congo extends over 342 thousand square kilometers in centra Africa, and it borders with Gabon, Cameroon and the Central African Republic in the north, DR Congo in the east and south, and Angolan Cabinda in the south. In the west it has an exit to the Atlantic occean.

3.5 million people live in this country that belong to various ethnic groups, of which the Laari, Teke, and M’Boshi people are the most numerous. The largest number of the population gathers in urban centers, while 40% live in the capital – Brazzaville, which lies on the banks of the river Congo – right across Kinshasa – the capital of DR Congo. The city was named after its founder – italian –french explorer Pierre Savorgnan de Brazzi, and it represents a major metallurgical and trading center of the country. Congo is also a country with large oil deposits in Africa.

Congolese cuisine doesn’t differ much from the nutrition of other countries in this region. Meat is poorly available, so people mostly eat vegetables, fruit, fish, and drink palm wine and beer.

Want to explore theCongolese wildlife? Visit the Odzala National park that extends over 13 thousand square kilometers in the west of the country. This area is considered the most important stronghold of forest elephants and western lowland gorillas in Central Africa.

Explore Brazzaville! Take a look at St. Anne of Congo basilica, the Ethnographic museum, mausoleum of the founder of the city, a house in which Charles de Gaulla lived, and many more cultural and historical monuments. Be sure to visit the market in the Poto Poto neighborhood and pick some souvenirs. 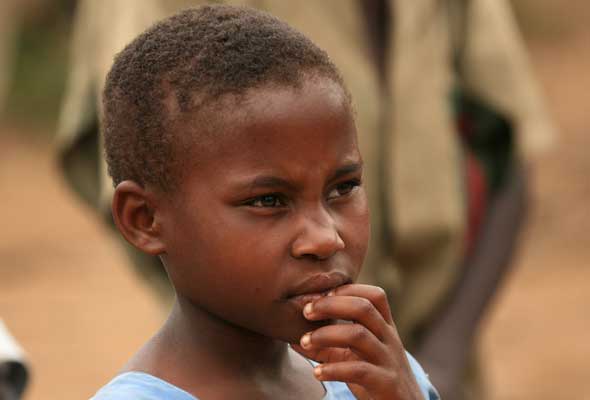 Fans of adrenaline fishing will surely visit the Tiger Fish Congo camp which is located on the Tiger Fish Congo river not far from the capital. The reason? The catch can reach 70 kilos in weight, while the fish jaw hides a series of 18 sharp teeth that you should watch out for, even on dry land!

Head to the second largest city of Congo – Pointe-Noire , which is located on the Atlantic coast. Here you will find the fantastic sand beaches for a perfect summer vacation. In the vicinity of the city spectacular gorge Diosso is located, surrounded by high stone structures that people call the Congolese Grand Canyon.

Visit the most famous waterfalls of Congo – Loufoulakari! They are located around eighty kilometers southwest of the capital at the river Loufoulakara and river Congo intersection.

Official language: french
Religion: Christianity (90%)
Currency: CFA franck
Visa: necessary – get it at the Embassy of the Congo Republic in Berlin (Grabbeallee 47, tel.: 004930-4940 0783; e-mail: botschaft.kongobrz@t-online.de)
How to travel: via airplane – main airport of Congo is Maya-Maya Airport not far from the capital.
Diseases and prevention: vaccination against yellow fever is needed. You can get vaccinated with dr. Andrija Štampar (Mirogojska 16, Zagreb, tel: 01 46 96 125). You have to get vaccinated at least three weeks before the trip. There is a high risk from malaria infection.
When to travel: Northern parts of the country are best from may to september, while the south of Congo is more pleasant from October to May.
Accomodation: Vila Monama and hotel Villa Lys in the capital are excellent choices.
Restaurants: Hotel restaurants are always a wise choice. Good french cuisine can be eatan at O Sympatic, while good food is served in Mami Watts.

Ministry of foreing affairs of Croatia warns its citizens about the high security risk in certain Congo regions. Especially in the areas outside the cities of Brazzaville and Pointe Noire. Province Likoula on the border with DR Congo should also be avoided. Petty thefts are common so watch out for your belongings. Also, a high percentage of the population is HIV infected so risky behaviors should be avoided. Drink only bottled water. Avoid ice in drinks, because it is made from local water. Eat in hotel and tested restaurants.