Cyprus is an island country in southern Europe. It extends at about 9250 square kilometers in the Mediterranean Sea and has a total of 780 000 inhabitants. Since 1974 it was divided into a larger, southern internationally acclaimed part inhabited with Greeks, and a smaller northern part – self-proclaimed Turkish Republic of Northern Cyprus.

Through the central and southern part of the island stretch the Troodos Mountains, the highest peak Olympus which rises to 1953 meters while the mountains Kyrenia occupies the north. The central plains Mesaoria dominate between the mountains where the population is mainly engaged in agriculture. The country has a developed textile industry, and the most important sector of economy is tourism. 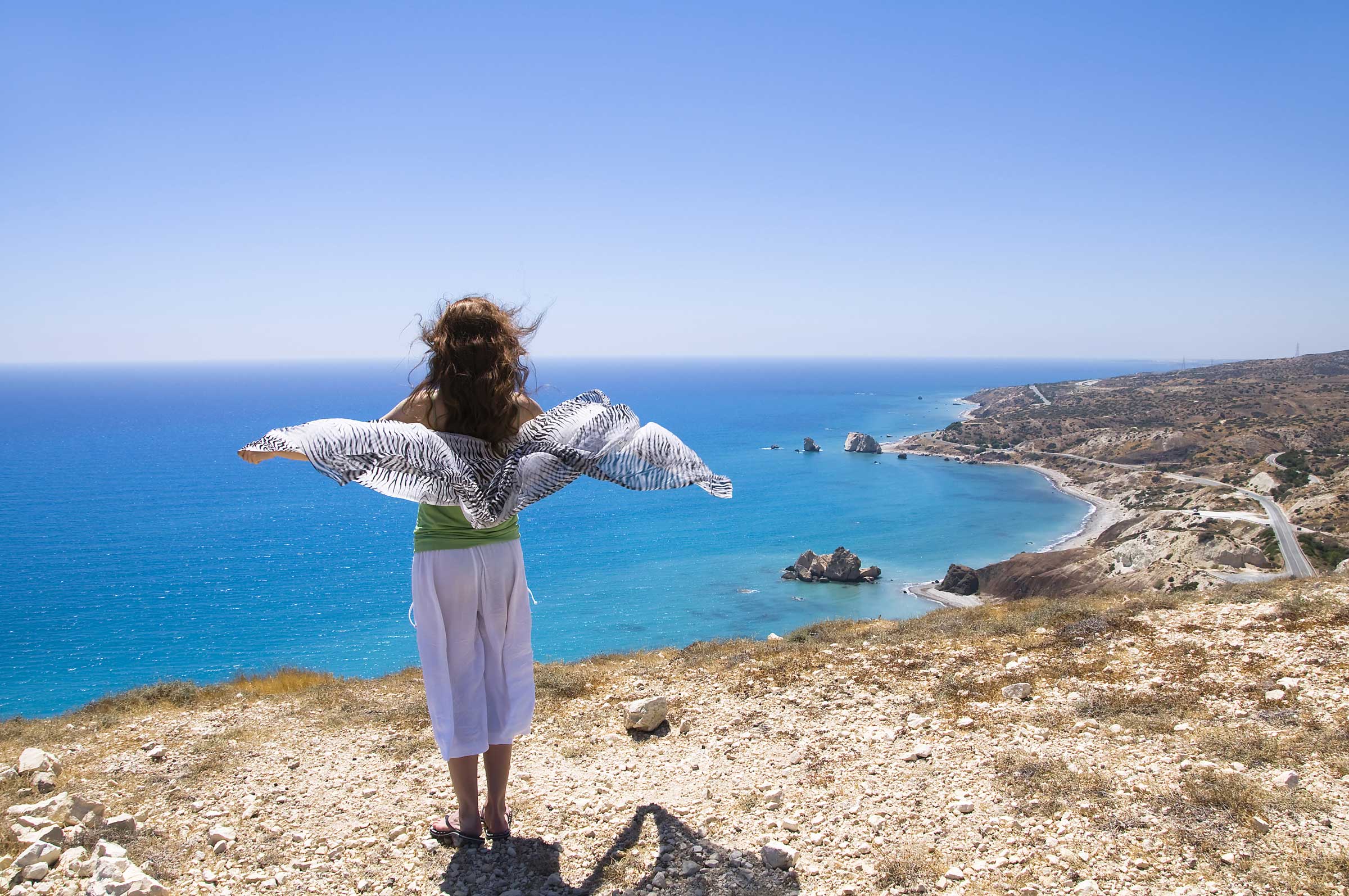 Capital – Nicosia – is situated on the river Pedieos in the northeast and partly belongs to the Turkish Republic of Northern Cyprus. On the whole island, especially in the capital the influences of Roman, Byzantine and Venetian past civilizations are felt, so it doesn’t surprise that this place is considered the cultural center of the country.

In the Cypriot cuisine dualism is evident, as well as in other spheres of life. In the north they enjoy in the Turkish cuisine and in the south in the Greek. Population likes to eat well-flavoured food, and one of the most common dishes is lamb. Cyprus is famous for its cheese Halloumi, which is made from a combination of cow and sheep milk. Food is served with traditional Greek and Turkish drinks.

Explore the Nicosia and its magnificent cultural and historical sights. Visit the Venetian walls in the city center, the royal palace and tomb of Luisianian kings. Visit the late gothic cathedral of St. John, which dates from the mid-17th century and Archbishop’s palace and the Byzantine Museum, which brings together a number of impressive icons.

Larnaca, Akamas, Paphos and Bishop are just some of the Cypriot towns along the shores of the Mediterranean Sea, which are visited by tourists every summer. The island is actually a real tourist mecca – perfect for swimming in the blue sea and resting on beautiful long beaches.

Visit Kykkos monastery, situated at an altitude of 1318 meters above sea level north of the Troodos mountains. Today the monastery is a replica of the former kind which was founded by the Byzantine emperor Alexios I Komnenos at the end of 11th century. From this period survived the icon of the Virgin Mary, which allegedly has miraculous powers – and is already nine centuries hidden from the public eye. 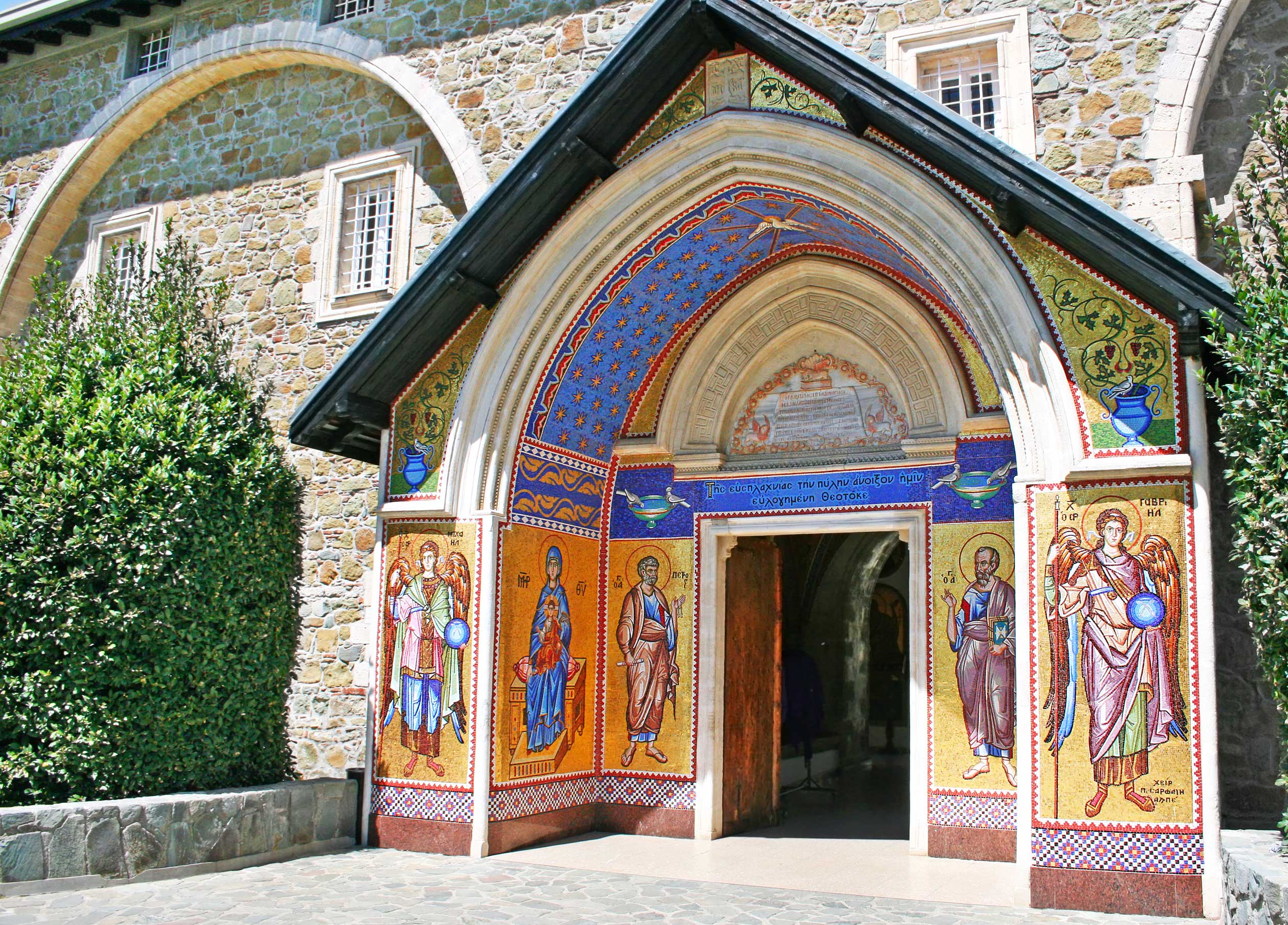 Near the town of Limassol in the south of the island, is one of the most important Neolithic sites in the eastern Mediterranean. It is the site of Choirokoitia (Kirokitia) which is under the protection of UNESCO. Here are the archaeological remains of the community, who inhabited this area from the 7th to 4th millennium BC.

Lovers of hiking will forever remember Cyprus because through the central and southern part of the island the Troodos Mountains extend, with the highest point – the top of Olympus, which rises to 1953 meters. During the ascent you can enjoy the magical landscapes and characteristic flora and fauna of this area.

Official language: Greek and Turkish
Religion: Christianity (78 percent of the population), Islam (18 percent), other religions and undeclared (rest)
Currency: euro (EUR)
Visa: Not required
How to travel: by plane – the main airport of Cyprus is Larnaca International Airport near the city of the same.
Disease and prevention: special vaccinations to enter the country are not required.
When to travel: Spring-Summer
Accommodations: Hotel Hilton and hotel Asty in the capital city are an excellent choice.
Restaurants: Hotel restaurants are always a good choice. Try the restaurant Il Forno and Zanettos in the capital