A former state of Zair is no tourist mecca. It is extremely dangerous to visit certain parts of the country. Still, here you can see more natural beauty than anywhere else in the world.

Democratic Republic of Congo extends over 2.3 million square kilometers in the central part of the Black Continent which makes it the third largest country in Africa. It is surrounded with nine countries: Republic of Congo, Central African Republic, South Sudan, Uganda, Ruanda, Burundi, Tanzania, Angola, and by the river Congo it has a small exit to the Atlantic ocean. The country got its name from the Congo river that flows through the central and western part of the country.

The highest peak is Pic Marguerite (5110m) located on mountain Ngeliema in the east of DR Congo. Considering the specific climate and geography of the area (Ecuador passes through the whole territory) this country has the second largest rain forest in the world.

This african country is home to more than 62 million people, that belong to various ethnic groups like Luba, Kongans, Lunda, and Pygmies.

Kinshasa is the capitol city of DR Congo and its most important seaport, that lies on an extended part of Congo by the name of Malebo Pool. The city was founded in the late 19th century by Henry Morton Stanley, and with time it grew to become a cultural and industrial center of this country. Here you can visit native areas, different museum and other institutions. Do not be fooled by the looks of this city. It is an extremely expensive destination, so prepare on time.

Congo’s cuisine is proud of its national meal moambe, which on the language lingala means number eight, because it consists of exactly that number of foods: chicken, coconut, fish, peanuts, rice, banana, leaves of a plant looking like spinach, and pepper sauce. With it you drink rice beer, palm wine, or ginger juice. They produce a lot of Gin, but be careful if you decide to consume this beverage, as the destilation process is done under fishy conditions and can cause blindness. 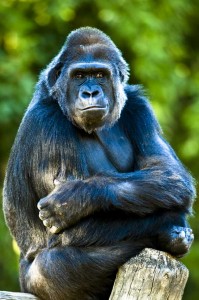 Congo’s wildlife is absolutely stunning. 6 National parks in DR Congo under UNESCO protection are here to support that fact. The most famous amongs them is Virunga – because it counts some of the last members of an endangered species of mountain gorillas.

Rent a boat and a tourguide in the capitol city and sail the mighty Congo. In the vicinity there is a fishing town Kingole that offers a view of the cultural history of this area. In Kinshasa go see the Ethnographic and National museum, congo university, and the tomb of a former president Laurent Kabil.

True adventurers will head to Bas Congo province that is home to marvelous Zonga waterfalls on the main river. Be smart and hire a local tour guide, because this area is surrounded with ecuadorian forrest. You don’t want to find yourself far from the civilization when the night comes. Explore the botanical gardens of city Kisantu known for its collection of indigenous african trees.

If you would rather watch animals of DR Congo behind bars or glass of their cages, be sure to visit the second largest city of this african country – Lubumbashi, that is located onthe far south of the country. Their zoo is especially proud of the snake collection.

DR Congo is a center for popular african music. So be sure to visit some of the local nightclubs (accompanied by local residents!) and dance along with the fascinating beats.

Official Language: french, swahili, kikala, lingala
Religion: Christianity (80%); Islam (10%)
Currency: Congo franc (CDF)
Visa: necessary – nearest Embassy of DR Congo is located in Vienna (Graben 27, A-1010 Vienna tel: +43/1 532 49 09, e-mail: rdc@mdk.at)
How to travel: via airplane – main airport of DR Cogno is Kinshasa N’Djili International Airport located in the vicinity of the capitol city.
Diseases and prevention: yellow fever vaccination is needed three weeks before the trip. You can get vaccinated with dr. Andrija Stampar in Zagreb. There is also a high risk of malaria infection.When to travel: If you are traveling to the north of the country do so from December till February. The south of DR Congo is most pleasant from April till October.
Accomodation: Grand Hotel Kinshasa or hotel Invest de Presse in the capitol city.
Restaurants: The favourite destination of locals and tourists is Chez Gaby in Kinshasa. While good african food can be eaten at Le Ciboulette restaurant and Chez Maman Colonel.

Due to unpredictable safety conditions and high crime rate in this country, the Ministry of Foreign Affairs of Croatia pleads its citizens to be extra cautious when traveling to this country. Eastern and northeastern part of the country by the border with Ruanda and Uganda should be avoided. Drink only bottled water and drink it often. Eat in hotel and tested restaurants. Keep in mind that photography on the streets is forbidden without the authorization of officials, and has to paid for. At 6AM the national flag is raised, and right before nightfall they remove it. At those time all traffic in the country ceases. If you fail to respect this custom – you will end up in prison.