In a country of former American slaves security risk is still very high, but such are the rewards to all the brave passengers.

Liberia extends over about 111 thousand square kilometers in West Africa. It borders with Sierra Leone in the northwest, Guinea in the northeast, Ivory Coast in the east and in the west it has access to the Atlantic Ocean.

This country was founded in the early 19th century by the American Society for colonization with the aim of relocating freed slaves from the U.S. to the black continent, and hence the name. The Liberian culture retained some customs that came from slaveholding time. Traditional shaking, for example, ends with a gentle pull of the middle finger because the slave owners used to pluck them off from slaves – to establish their dominance over them.

The country has about 3.5 million inhabitants, mostly gathered in urban centers. The largest number of population (30 percent) inhabits the capital and largest city – Monroe, located along the Atlantic Ocean. The town was named after U.S. President Monroe, and today it is the economic center of the country. Over the past twenty years the country was shaken by a civil war, and many of the basic infrastructures were destroyed – the economy is still recovering.

Liberian cuisine is an interesting blend of flavors from the American South and West Africa. It is based on rice and sweet potatoes are combined with spicy sauce of beef, seafood and various vegetables, served with local beer and brandy.

Lovers of lying on the sandy beaches and swimming in blue sea have many choices here. You can visit the main town beach Bernard, CeCe, ELWA, Kendejah, Kenema, and many others. The coastal area of Liberia is suitable for surfing, diving and other marine activities.

Sapo is the name of the only national park in the country. It stretches over about 1800 square kilometers in the southeast, and is home to many plants and animals. Pygmy hippos and elephants are common inhabitants of rainforests Sapo. 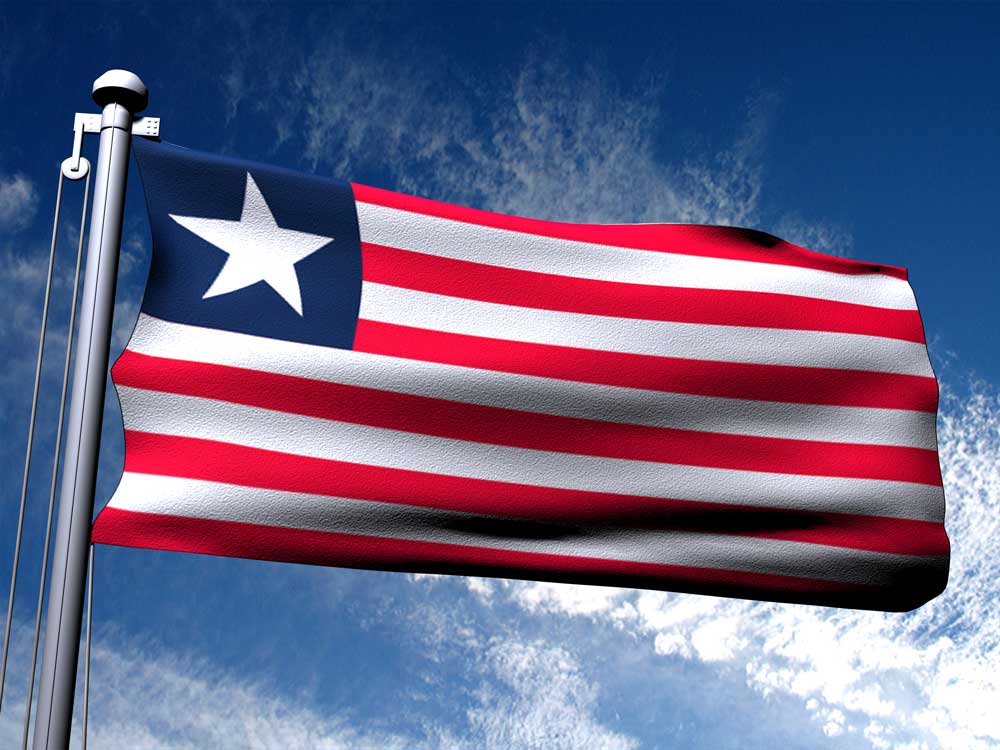 Liberia is proud with its Blue lake-natural miracle of Tubmanburga, which is located in the northwest. It is a lake with the depth of about 90 meters, which is located between the peaks of the surrounding mountains and due to their specific reflections of the sun has a distinct blue color.

Liberia has a long tradition of making textile items and blankets, and wooden masks. The best place to explore the crafts of this area is the Waterside Market in the capital. Near Monrovia there is a Blo Degbo – unusual rock formations in the shape of human faces.

Fishing enthusiasts visit the Lake Piso in western Liberia, which, due to the wealth of fish has a nickname Fishing Lake. It extends over a hundred square miles near the town of Robertsport.

Official language: English
Religion: Christianity (85 percent), Muslim (12 percent)
Currency: Liberian dollar (EGP)
Visa: required – it can be obtained through the Embassy of the Republic of Liberia in Berlin (Tel: 0049 30 26 39 11 94, e-mail: info@liberiaembassygermany.de)
How to travel: by plane – Liberia’s main airport is Roberts International Airport near the Liberian town of Harbela.
Disease and prevention: you should get vaccinated against yellow fever. There is a great danger of contracting malaria, so it is necessary to take preventive steps.
When to travel: From November to April.
Accommodation: Hotel The Cape and Mamba Point Hotel are an excellent choice.
Restaurants: The hotel restaurants are the best choice.

Ministry of Foreign Affairs warns citizens of the security risk when traveling to this country as well as its high crime rates. This applies particularly to the area that borders with the Ivory Coast. In the country you can still feel the effects of civil war so departures outside the capital are not recommended. Avoid walking in the evening and always be in the company of other people (especially women). Drink only bottled water. Avoid ice in drinks because it comes from the local tap water. Eat in hotel restaurants and other checked restaurants.