Isolated position in the warmest ocean and tropical climate has made this island state one of the most popular tourist destinations that belongs to the African continent.

Mauritius is an island state in the Indian Ocean (900 km east of Madagascar) that spreads over 1860 square kilometers. In its composition there are islands of St. Brandon, Rodriguez, a group of islands Ageleaga, and it is a part of the Mascarene islands- the archipelago, which was created by a series of volcanic eruptions about 10 million years ago.

It has more than a million inhabitants, and the greater part of them is engaged in agriculture, and  growing sugar cane. Tourism is also present.

The largest city and main port – Port Louis – is located in the northwest coast. It is a starting point of every visitor of Mauritius. If you are a nature lover and you like active vacation – you’ll really have something to do here. You can swim with dolphins, snorkel, surf, skydive, mountain climb (the highest peak of Piton de la Riviere Noire at 828 m), ride, surf … In other words, you can try almost every possible tourist activity. 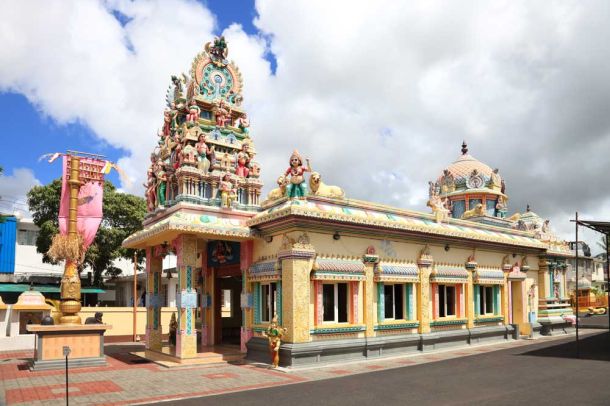 Mauritian cuisine is a vivid blend of a history of conquests, or a fusion of African, Asian and European cuisine. Here you can eat spicy curry with rice, soup beans, and especially seafood, which is really abundant. Food is served with homemade rum from sugar cane, coconut drinks, and with a rich selection of local beers.

If you are visiting Mauritius you probably want to swim in the warm Indian Ocean and sunbath on sandy beaches. The locations? Many! Inevitable destination and a true tourist mecca is a coastal town of Grand Bay in the province of Riviere du Rempart. Be sure to visit the Blue Bay in the northeast.

If you want to explore the history of the island head for Vieux Grand Port in the Gulf of Mahebourg. It is known as the cradle of Mauritian history, because it represents the first settled area of the island. Be sure to look at the remains of Dutch fort that was built in the 18th century.

Triolet Shivala in the north of the island is the longest village of Mauritius. Here you will find the biggest Hindu shrine Maheswarnath which dates back to 1819., and was built as a place of worship of the gods Shiva, Krishna and others.

Mauritius is a country of astounding natural beauty. Although its symbol – the dodo bird – is extinct, you will find a wide variety of other fauna and flora. You can explore the National Park Black River Gorges in the interior of the island, Yemen Reserve and Nature Park Case in the west side of the island. Be sure to visit the village Chamarel in the Southwest, which boasts with two natural phenomena: the eponymous waterfall and unusual volcanic soils, which apparently changes color! 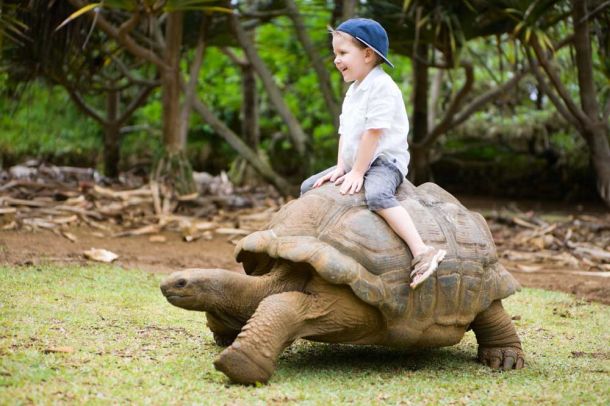 Explore the capital of Mauritius and its most famous place – site Aapravasi Ghat, which is under the protection of UNESCO. Visit its botanical gardens, historical and natural history museum and other cultural monuments. Touch the pulse of the city on its main market, which offers you with an abundance of spices and food, tourist souvenirs, and native handicrafts.

Official language: English, French (Mauritian Creole and Hindi are in use)
Religion: Hinduism (52 percent), Christianity (28 percent)
Currency: Mauritian rupee (MUR)
Visa: required – it can be obtained through the Embassy of Mauritius in Berlin (Tel: 0049 30 2639 360; E-mail: consular@mauritius-embassy.de)
How to travel: by plane – the main airport is the arm of Mauritius Sir Seewoosagur Ramgoolam International Airport near the capital.
Disease and prevention: special vaccinations when entering the country are not required. There is a risk of hepatitis A and dengue fever – it is necessary to avoid risky behavior and to take preventive steps.
When to travel: From November to May.
Accommodation: Hotel Le Suffren and Hotel Le Labourdonnais in the capital.
Restaurants: Indian Restaurant Tandoori Express and Le Courtyard restaurant in the capital serve Mauritian cuisine.

Pay attention to your money and documents. Tourist thefts are frequent in the capital and urban centers.