Northwestern African country is a real tourist destination because it enables visitors to explore the cultural and historical monuments, traditional African culture, but also the stunning natural beauty.

Morocco is situated in the northwest of the Black continent, and covers an area of ​​446 000 square kilometers. It is surrounded with Atlantic Ocean and Mediterranean Sea, it borders with Algeria and Western Sahara and the Spanish autonomous regions in the north (Ceuta and Melilla). The Kingdom of Morocco now has about 33 million people of diverse ethnic groups – from the indigenous Berber people, over other African nations, to the Europeans who remained here after the colonization wars from the beginning of 20th century. They live in seven major regions, mostly in areas along the coast.

The capital Rabat is situated at the confluence of the river Bou Regreg in the Atlantic Ocean and was founded in the 12th century on the ruins of a Roman settlement. In the old town (Medina) you can see the minaret of the mosque, Hassan – the largest mosque in the world which was never ended – the sultan’s palace and the royal palace, while the new part of town offers a view on the modern district with luxurious parks. Tourists like to go to other tourist cities of Morocco: Fez, Casablanca and Marrakech. 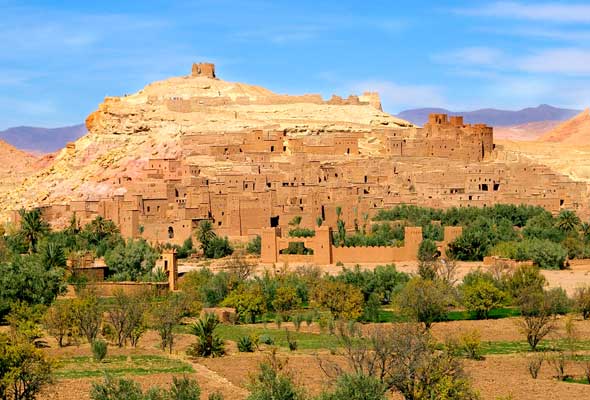 Moroccan cuisine is a blend of the traditional north-west African flavors and dominant cuisine of the French colonizers. One of the basic foods is Couscous, which is mixed with meat and vegetable sauces, but it is also served as a dessert with fruit bony. At first glance you will think that  this country is a paradise for vegetarians due to the frequent consumption of vegetable soup based on eggplant, peas and chickpeas, with an abundance of locally produced olive oil. But be careful, many vegetable dishes are made with lamb broth.

Leaving Morocco and not trying mint tea – is a real tragedy. Drinking this tea has a ritual status and therefore it should be treated with respect.

The oldest royal city of Morocco is located in the Atlas Mountains in the north and it is the unavoidable destination of every tourist. Its medina is placed on UNESCO’s World Heritage list, and has many cultural and historical monuments. Be sure to explore the royal palace and the mausoleum of Idriss II. It is interesting to mention that Fes has the oldest university in the world – Al-Karaouine – which is still in function. 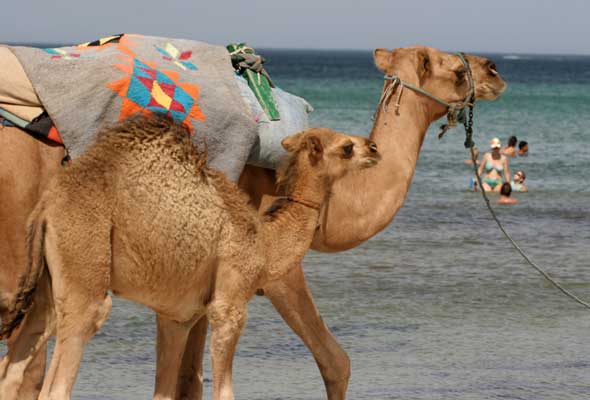 If you want to put the brain at ease and take a little rest along the blue sea and long sandy beaches of Agadir, southern Morocco, is the right choice. The coastal town of Essaouira will will serve the same purpose, as well as the Tetouan Mediterranean, whose medina is under protection of UNESCO.

Marrakech was founded in the late 11th century, so it doesn’t surprise that its medina has many historical landmarks. Menara Gardens, Saadian Tombs and the Koutoubia Mosque are on the list of every tourist. Otherwise, this city has one of the most famous open markets in the world (souk) where you can, with little knowledge, luck and bargaining skills, grab a nice handcraft, carpet, exotic fabric, spice and jewelry at very affordable prices.

If you are looking for Rick’s club from Casablanca you won’t find it in this city because most of the movie with Humphrey Bogart and Ingrid Bergman in the lead roles was taken in – a Hollywood studio. However, Casablanca offers many challenges for the tourists. Anfa neighborhood, Hassan II Mosque (the largest religious monument after Mecca), Place Mohammed V are only part of their rich offer. Enjoy! 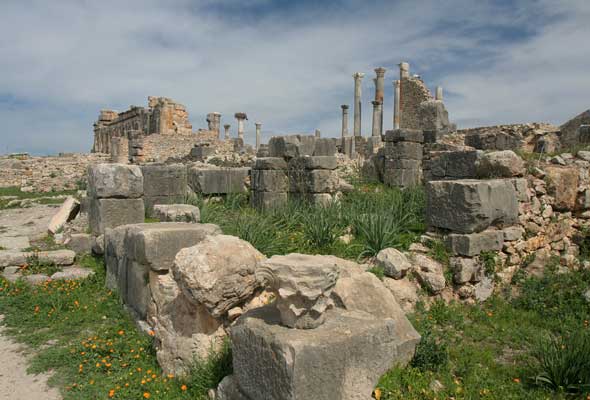 History lovers should go to Volubilis, archeological site near Fes and Meknes, which is under the protection of UNESCO. The site is spread over 48 acres and consists of low-Roman walls, which date from the 2nd century, and within which various Roman monuments, mosaics and sculptures were found.

Official languages: Arabic and Berber, French is also in use
Religion: Islam
Currency: Moroccan Dirham (MAD)
Visa: required, if you travel with a travel agency, visa will be provided to you by an agency for a fee of about HRK 300. If you go on a journey into self-catering, first Moroccan consulate is located in Budapest (Sodras utca 11, tel. 00 36 1 39 14 310 11 12).
How to travel: the simplest way is by plane, at your disposal there is the international airport Mohammed V in Casablanca, or Airport Rabat-Sale in the capital.
When to travel: March to May and September-October
Diseases and Prevention: Vaccination is not necessary.
Accommodation: The Hotel Repose in Rabat, Casablanca maroccan House Hotel or a hotel Riad Kheirredine in Marrakech
Restaurants: If you want to try a modern fusion of French and Moroccan cuisine visit the restaurant Le Bistrot du Pietri, at the restaurant Al Mounia in Casablanca you will be served well, and you can try quality Moroccan cuisine (at reasonable prices) in Libzar restaurant in Marrakesh.

Vendors on the streets tend to be very intrusive in order to sell you all sorts of souvenirs and products, so arm yourself with patience. If you raise the voice, you will be silenced. Bargain and negotiate in advance, rather than after the service is provided. If you plan to buy gold or silver jewelry – it is desirable to know something about these metals, because otherwise you could be fooled. Morocco is a Muslim country and women should travel in the company of men, and wear clothing that does not offend their religious beliefs. It is not allowed to take out of the country more than 1,000 Moroccan dirhams. In the performance of almost all activities Moroccans use their right hand because the left is considered unclean.