A poor European country for exciting summer and winter holidays.

Looking at its relief we will notice that it is divided into three parts: lowland, hilly and mountainous. Lowlands cover about 30 percent of the national territory, the mountains up to 750 meters above sea level 35 percent, while the rest consists of mountains, which belong to the Carpathian Mountains and Transylvanian Alps and Bihor.

The country has about 22 million inhabitants, of whom 90 percent are Romanians. The Croatian minority is worth mentioning, which gathers approximately 14 thousand people, and most important is in settlement Carasova. The population is mostly employed in the agricultural sector, and the standard of living is extremely low. The Romanian economy is one of the least developed in Europe, despite the rich natural resources and membership in the European Union.

Capital – Bucharest – is situated on the banks of the river Dambovite in southeastern Romania. Because of its position, this city has an extremely harsh climate, and alternate only cold winters with hot summers. It is the cultural and economic center of the state, and the inevitable starting point of every tourist. 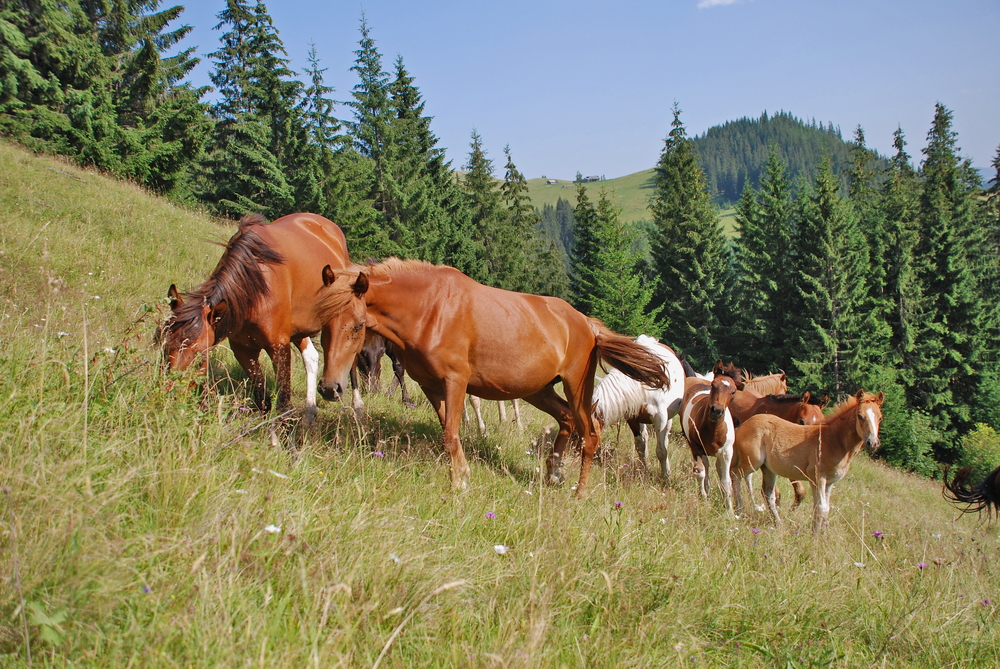 Romanian cuisine is a blend of different influences from the region. Here they eat- stews like Hungary (PORKOLT), cooked polenta (mamaliga), cabbage rolls and stuffed peppers, and eggplant spread (zacusca) which strongly resembles the chutney. The most popular soft drink in the country is the elderberries juice and the population enjoys in drinking homemade wine as well as homemade plum brandy (intuition).

Explore Bucharest, its beautiful parks, and historical and cultural monuments. Be sure to visit the highest building in Europe – the Palace of Parliament – with dimensions of 270m x 270m x 89 m. Visit the Pantheon, Athenäum, the royal castle and the main university library. In this town at your disposal there are over a hundred of different museums.

Visit the birthplace of Count Dracula and Prince Vlad Tepes, who supposed to be the inspiration for Stoker character. He was born in the manor Bran in the city of Šigišoara in Transylvania – the central part of Romania. In this area you can explore seven Tranylvanian fortified churches – Romanian monument under the protection of UNESCO. 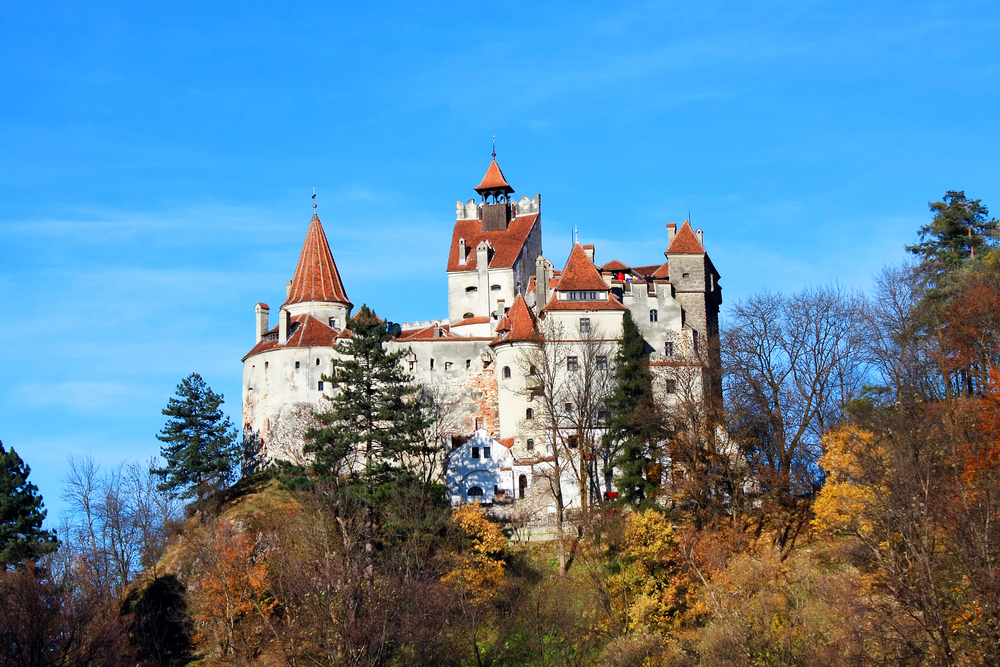 Romanian coast in the Black Sea stretches at about 245 kilometers, and its main tourist pearl is an elite summer resort Mamaja, near the city of Constantine. It boasts with a long sandy beach and the calm and shallow waters – which the younger population usually visits. Lovers of hiking and skiing (in winter) visit ski resorts Poiana Brasov in the Carpathian Mountains and the Sinai.

Lovers of natural beauty certainly have to explore the Danube Delta – a unique ecosystem that brings together 4,000 animal species and 1,000 plants. It stretches over 4170 square kilometers, of which the majority is actually located on Romanian territory.

Explore one of the most developed cities in Romania – Timisoara – located in the northwest. This is a city that boasts with the title of the first European city that had electricity. You must also see its stunning architecture, especially buildings that were designed by the famous Frenchman Gustave Eiffel.

Official language: Romanian
Religion: Christianity (90 percent of the population)
Currency: Romanian leu (RON)
Visa: Not required
How to travel:
BY PLANE: the busiest airport of Romania is Henri Coanda International Airport near the capital.
BY TRAIN: Daily departures from Zagreb to the capital of Romania.
BY BUS: travel agencies organize visit to Romania, which includes bus transportation.
BY CAR: Zagreb-Bucharest (1200 km) route is not recommended because of the lack of highways and generally poor roads. However, vignette is required and can be purchased at petrol stations.
Disease and prevention: special vaccinations to enter the country are not required.
When to travel: Spring-Summer, winter months if you go skiing
Accommodation: Hotel Radisson SAS and Christina in the capital are a good choice.
Restaurants: Hotel restaurants are always a smart choice. Good barbecue can be eaten in the restaurant Caru cu Bere in the capital, and good food is eaten in Baba Dochia Restaurant.

Be aware of petty thieves around the tourist centers. Beware of wild animals in the forests of Romania. 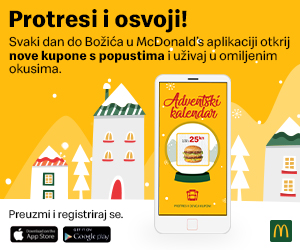