If diamonds are a woman’s best friends, what is this West African country then with large deposits of the precious stones?

Sierra Leone extends to about 71 thousand square kilometers in West Africa. It borders with Liberia in the south, with Guinea in the east and north, and in the west it has access to the Atlantic Ocean. Geographically, it is very diverse. East of the country is covered with the mountain range, marshy lowlands stretch along the banks, in the interior there are savannas and in the south hilly forests.

The country has about 6 million people who belong to different ethnic groups – most of them are members of the Mende people, Dark, and Limba.

It is a country rich in mineral and natural resources, but also one of the poorest countries in Africa. The reasons are, of course, hidden in the unequal distribution of resources and underdeveloped infrastructure.

The capital and largest city – Freetown – is situated on the shores of the Atlantic Ocean and it represents one of the most important African ports. It was founded in the late 18th century as a home for freed slaves, and hence its name.

Cuisine of Sierra Leone, like many in Africa, follows the principles of a healthy diet. A lot of fish and seafood are eaten, which are combined with seasonal fruits and vegetables. They like to drink fruit juices, beer and palm wine – but also the classic wines, which are imported from Europe, so they can be extremely expensive.

In Sierra Leone you will find some of the most beautiful beaches in the world! Turners peninsula is breathtaking for tourists. It extends to the south of the country – hundreds of kilometers along the Atlantic Ocean. If you prefer hidden bays – do not despair. Hop on the boat and head for the Turtle islands or island Sherbro.

Conquer the highest peak in Sierra Leone! Sierra Loma extends to the east of the country, and the highest point Bintimani rises to 1948 meters. You do not need special climbing experience to curb the top, while you can enjoy in the beautiful landscape.

Explore the Freetown! When you get full of its magical beaches go to the Ethnographic Museum, which preserves the collection of historical documents and old wooden and stone sculptures. See the sights of colonial architecture in the city and look for its symbol – a monumental tree of the family Ceiba which was planted by former slaves about three hundred years ago. 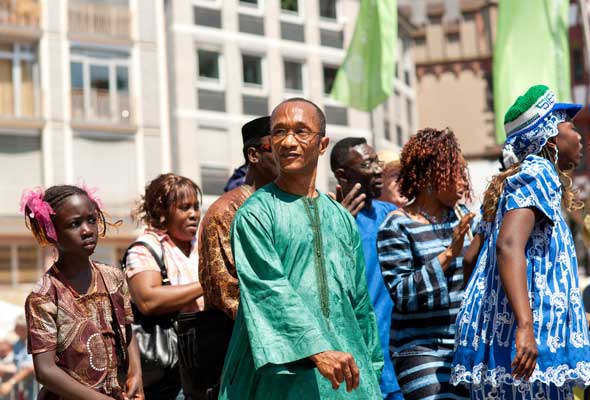 If you want to get to know the culture and traditions of this area refer to rural villages in the interior of Sierra Leone. Hire a guide who will arrange a tour of the typical houses of mud and dried herbs, traditional crafts and the occasional ritual.

Visit the National Park Gola that expands to 70 000 hectares in the far east of the country. Here you will find three hundred species of African birds, beautiful butterflies, chimpanzees and pygmy hippos, and the protected forest – typical for this area.

Official language: English
Religion: Islam (77 percent), Christianity (21 percent)
Currency: leone (SLL)
Visa: required – information can be obtained at the Embassy of the United Kingdom of Great Britain and Northern Ireland in Zagreb (Ivana Lucic 4, tel: +385 1 60 09 100, e-mail: British.embassyzagreb @ fco.gov.uk)
How to travel: by plane – the main airport of Sierra Leone is Freetown-Lungi International Airport near the capital.
Disease and prevention: you should get vaccinated against yellow fever. Vaccination can be done in the Department of Public Health, Dr. Andrija Štampar (Mirogojska 16, Zagreb, tel: 01 46 96 125) every weekday from 8.30 to 15 hours, without prior notice. You should get vaccinated at least three weeks prior to travel. There is a high danger of malaria and Lassa fever so it is necessary to take preventive steps.
When to travel: From November to April.
Accommodation: Hotel Country Lodge and the Family Kingdom Resort in the capital are a good choice.
Restaurants: Crown Bakery in the capital serves popular dishes of various international cuisines.

Ministry of Foreign Affairs warns citizens of risk when traveling to Sierra Leone. This is especially true in the border area with Liberia and Guinea, as well as the Kono district in the east. In the country the effects of civil war are still felt, and there are frequent protests and riots. This is one of the most corrupted countries in Africa.

Drink only bottled water. Avoid ice in drinks because it comes from the local tap water. Eat in hotel restaurants and other verified restaurants.