Zana Markelson together with Leonardo DiCaprio, in the latest film by Martin Scorsese, reveals…

In the latest movie by Martin Scorsese, the “Wolf of Wall Street” starring Leonardo DiCaprio, Jonah Hill and Matthew McConaughey, there is a respected Croatian actress Zana Markelson, who gave us an exclusive interview for Wish.Hr, answering the questions about her life and about the movie.

Zana Markelson has built her career on a number of small, yet large and notable roles in the great and esteemed TV series, such as “Frenemies”, “Sekai Gyoten News” and others .
In the latest Scorsese’s movie the “Wolf of Wall Street ” you can see Zana as a sexy flight attendant; the movie started playing in Croatian cinemas, December 26th.

W: You are playing in the latest Scorsese’s movie the “Wolf of Wall Street” with Leonardo DiCaprio who was nominated for a Golden Globe. Will you please describe the felling; how is it to work with the famous film director Martin Scorsese and how did he choose you for that particular role?

Working with the masters such as Martin Scorsese and Leonardo DiCaprio is something that every actor dreams about. Such a production, an organization, willingness and commitment for acting is a dream for every actor.

My dream started when my agent sent me to an audition for the role of a flight attendant. I went to the audition where they recorded several versions of scenes and a few months after, the agent called me and said that Scorsese looked at it and chose me for the role. This was followed by 15 hours of daily work on the set, with many versions of the scenes.

W: The film has raised a lot of dust around the emotional and passionate scenes? You are in a couple of them with Leonardo Di Caprio, kissing … What do you think about that particular scene and your role in it?

I would not call it a kissing scene but a harassment. The film is based on a true life of Jordan Belfort, who lived an extremely eccentric life, so the entire movie was made in that style .

W: What was your experience working with the other famous actors who were playing in the movie?

In the same scenes are Jonah Hill and P. J. Byrne, who are brilliant actors. All together they created a magical world in which it was easy to fit in. in.

W: You were born in Croatia, in the ancient city of Dubrovnik. Where did you go to school, where did you graduate, and what binds you to that period of life?

Dubrovnik is my hometown and it’s something that remains in my heart forever. After Dubrovnik high school, I studied art with prof., Miroslav Šutej, at the Academy of Fine Arts in Zagreb.

W: What has led you from artistic expression to acting? Do you still paint and do the fine arts, regardless of your success in the world of acting?

Four years ago I worked on a movie set and fell in love with this art at the first glance. It was something refreshing. It is an art in collaboration with other people, an art that allows direct expression. Numerous schools and lessons followed. At that point, I stopped painting and my artistic focus shifted to creating characters in acting. It feels like the same process for me, imaginative creation of the character and the circumstances surroundings.

W: At one time you went to America. How did it happen?

I went to America, because I met my American husband, who was a good friend of one of my friends. After some time of traveling between Dubrovnik and New York, we realized that someone has to move somewhere. And that was me. So, I moved to New York.

W: Where did you learn acting; who was your acting teacher in America? How did you feel about your first lessons? What acting school did you go to? Can you name some prominent actors who have finished the same school?

I started at the Actors Conservatory, which is led by Lily Lodge, who played and worked with the renowned Lee Strasberg. Among the others, Alec Baldwin and Brooke Shields have been in the same school. It wasn’ t an easy time. I had to overcome many barriers; the language, the opening of personality, voice, creating the character and realistic circumstances. I studied improvisation at UCB Theatre also various voice, language and other lessons followed. 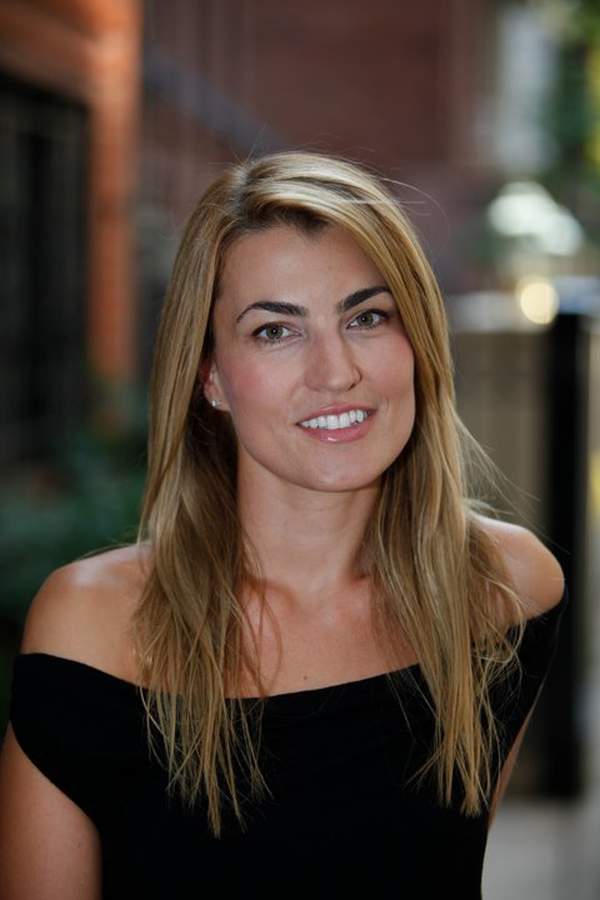 W: Are these schools expensive and what are the requirements for someone to be admitted?

These schools are attended by many students, but only a few of those are able to continue to explore the art, only those with a commitment, and I think that is where the secret lies, the secret of creating a true artist. Many students give up when it comes the time to move the barrier, which is actually a moment when you learn the most. I think there is no problem to enter these schools, but it is up to the student and his willingness to explore, do one’s homework and work on it, that leads you to further success.

W: You have attended the acting exercises where Alec Baldwin was a reviewer. What was the feeling to act in front of him?

Alec Baldwin attended the presentation of one of the scenes and it was very effective and instructive to hear his comments, suggestions and jokes. You can definitely learn a lot by analyzing the scene, especially by someone like Alec, who has been through all that and became a top actor.

W: Where and how do you live these days and what is Croatia’s perspective regarding art and life in general in Croatia itself?

I live in New York with my family. I think the world of acting has no boundaries. The whole world is now connected and very open, where the professionals are recognized everywhere. I think if someone truly loves what he does and is committed to what he does, the door will open and they will thrive.

W: You have two beautiful children. You live with your family in America. Are you happy and what is your opinion on life in America?

I live in New York and absolutely love it. Life in America, as everywhere, has its ups and downs. It requires a lot of work wherever you live. In Croatia, there are certainly less opportunities, and in America competition is extremely high, so the medal always has two sides. I live here with my two beautiful children and my husband, and as of a further step in my future, it remains to be seen.

W: Do you ever feel homesick for Croatia, do you come to visit? Do you ever cook any Croatian specialties to your family or friends?

I come to Croatia every year. I am bonded by my roots to Croatia, and personally this is what makes me complete. As for the kitchen, sometimes I do make some of our specialties, but all the skills remained in the delicacies that my mom and grandma prepared. I’d rather keep with my art. 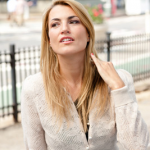 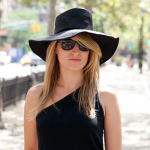 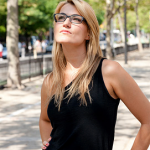 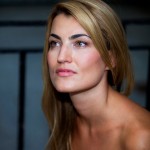