The most literate country of the African continent attracts tourist from all over the world with its natural beauty.
Republic of Zimbabwe occupies about 350 thousand square kilometers in the south of the African continent. It borders with Botswana to the west, Zambia to the north, Mozambique to the east and South Africa in the south. Extends to an altitude of 250-2500 meters, and two-thirds of the territory is situated at an altitude above 1000 meter.

Zimbabwe is proud of its title as the most literate African country, because 90 percent of the total of 13 million people can read and write. On the other hand, health care is at very low branches so their life expectancy is among the lowest in the world: 37 years for men and 34 years for women. The capital Harare is the center of the political, economic and cultural life, and an important route for trade in tobacco, cotton, corn and citrus fruits.

Corn is also an integral part of Zimbabwe’s traditional dishes, prepared in a pure form resembling cooked polenta. Combined with various vegetables and meats and served with a range of beers and fruit juices.

If your host serves you food – it’s polite to clap your hands twice – because with this gesture you thank to his hospitality!

See the amazing waterfalls on the Zambezi River! Victoria Falls, wide as 1.5 km situated on the border with Zambia, they are named by the Scottish explorer David Livingstone the famous British queen. Get ready for the spectacular scenery and deafening noise, because about tens of cubic meters of water fall every second from a height of 128 meters. Otherwise, the Zambezi River has some great places for rafting. 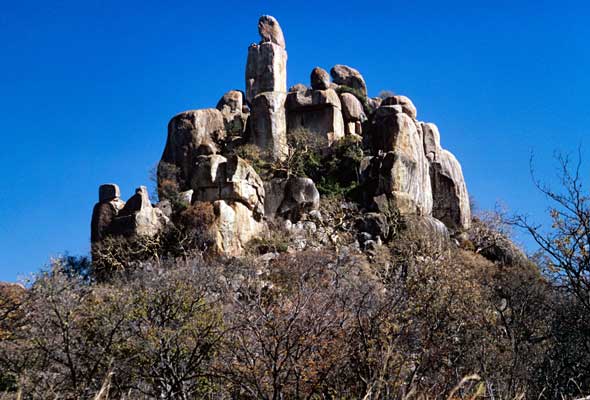 Explore the unique area of Matobo National Park in the north of the country that stretches over 320 000 hectares. Here you will find the amazing flora and fauna, spectacular mountains and a series of painted rocks that are under protection of UNESCO.

In the north you will come across Zimbabwe African village called Tengenenge whose inhabitants are engaged in a single work – sculptures. The village is decorated with as many as 11 000 sculptures – and this is one of the largest open-air galleries.

Explore the capital city of Zimbabwe. At your disposal is the National Gallery, National Archives, Public Library, Queen Victoria Museum, botanical gardens, but also mbar – open-air markets where you can buy souvenirs at very reasonable prices. 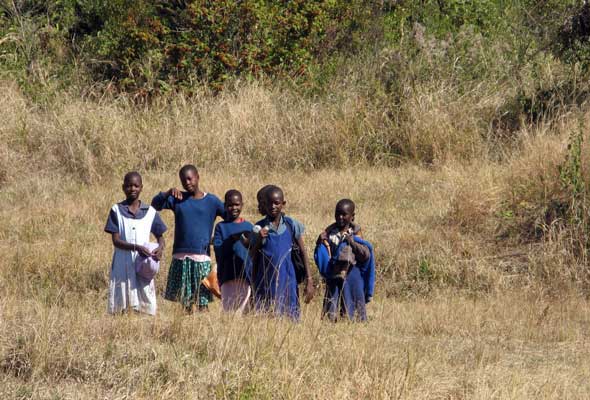 Look around the ruins of the former empire Munhumutapa, which spread over more than 1800 hectares. This is a site called Great Zimbabwe with ruins of buildings from the Shona people, which date back to the 13th and 14th century. You will find them in the south, some thirty kilometers from the city of Masvingo.

Official language: English; local (Shona, ndbele)
Religion: local religion (50 percent), Christianity (25 percent)
Currency: Zimbabwean dollar (Z $), U.S. dollar is in use
Visa: required – information about obtaining a visa can be obtained at the Embassy of Zimbabwe in Vienna (Strozzigasse 10/15, tel: +43-1-4079236)
How to travel: by plane – the main airport in Zimbabwe is Harare International Airport which is located near the capital.
Diseases and Prevention: no mandatory vaccinations needed for this country. However, there is a serious threat of malaria and cholera so it is necessary to take preventive steps.
When to travel: In April and May, August or September
Accommodation: Hotel Bowood Lodge in the capital, and Casa Kadık and Simba Harare.
Restaurants: Hotel restaurants are always a smart choice, also a good restaurant to eat in is Victoria 22 and Coimbra restaurant in the capital of Zimbabwe.

There are certain safety hazards in the country due to unstable political situation. Keep in mind that Zimbabwe has a high crime rate. This is the fourth country in the world with the number of people infected with AIDS, so avoid any risky behavior. Drink only bottled water. Avoid ice in drinks because it comes from the local tap water. Eat in hotel restaurants and other checked restaurants. The left hand is considered unclean, so try to use it as little as you can.