The southernmost area of South America – once thought of as the end of the world – is Patagonia, which remains a region overflowing with wildlife and astonishing nature.

Crossing the borders of Argentina and Chile, the geographical area that makes up Patagonia is part of the southern section of the Andes mountain range and the wide grassy plains known as the pampa. 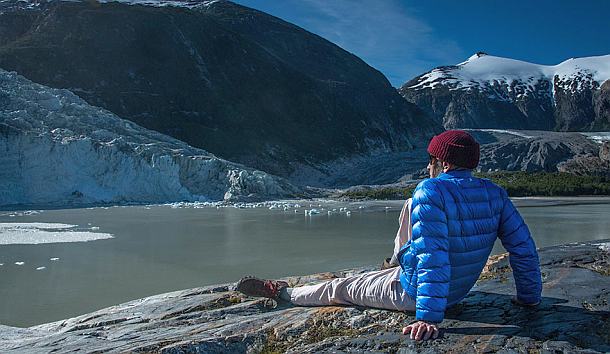 Over the course of millions of years, tectonic movement and glacial activity resulted in the creation of this unique and diverse landscape made up of countless valleys, lakes, fjords and channels. Among the numerous natural wonders of Patagonia are the massive ice-field Campos de Hielo Sur dotted with glaciers; across the Megellan Straits connecting the Pacific and Atlantic Oceans lies Tierra del Fuego, the largest island in the Americas; and the world biosphere reserve with its mountainous formations of granite and magma at Torres del Paine and Cuernos del Paine. 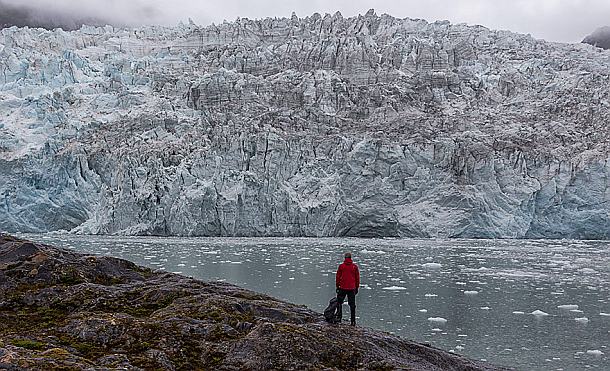 The abundance of flora and fauna is overwhelming, with 400 species of birds, 60 species of mammals and a mariad of amphibians, fish and reptiles, making it a nature enthusiast’s heaven. Visitors to Torres del Paine National Park will get an opportunity to see a wide variety of birds, including flamingos, black-neck swans, ibis, eagles and parakeets as well as guanacos, foxes, deer and if very lucky, the eluisive puma.

The waters of the Patagonia region house sea lions, elephant seals, cormorants, Magellan penguins, dolphins, and many others species. While the first settlers can be traces back nearly eight millennia, Patagonia remains a sparsely populated region, dotted with towns that have risen to fame od late such as the Chilean Punta Arenas and the Argentinean Ushuaia. 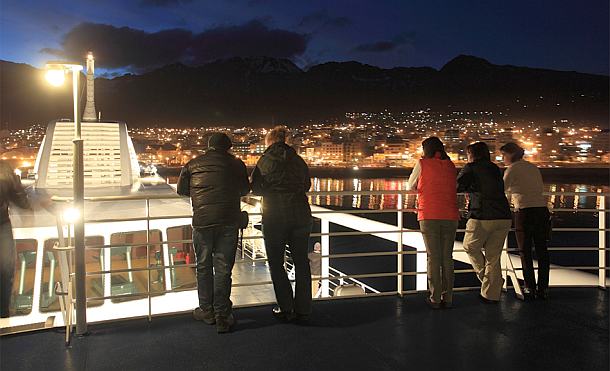 The Australis Fleet, launched in 1990, offers travelers to Patagonia as experience of a lifetime, specializing in cruises though the most southern of the Chilean and Argentinean Patagonian canals. Whether starting your voyage from Punta Arenas or Ushuaia, on your journey on the Australis you will explore Tierra del Fuego, the Magellan Straits and the Beagle Canal as far as Cape Horn, the Pia and Aguila glaciers, and Alberto Aostini National Park. Experienced guides will take you via zodiacs to visit these enchanting sposts while educating you about the local geography and the fauna and flora.

The Australis fleet is comprised of two spectacular cruise ships – Stella Australis and Via Australis – each designed with ultimate comfort and cutting-edge technology, while providing world class service. The all-inclusive cruises include themed lunches and a la carte dinners as well as bars that cater to international tastes, offering a wide range of spirits and selected wines.