To mark Kenya on the map exclusively as a safari destination is an absolute tragedy, because this easternafrican country has many extraordinary natural and cultural riches – it is made for adrenaline explorations and top notch tourist adventure.

Kenya is one of the most developed countries in the african continent.  This information is not surprising if we know that on its surface (around 580 thousand square meters) lies the second largest freshwater lake in the world, a country ideal for farming of popular agricultural products like coffee and tea. It is also famous for the numerous archeological and cultural beauties that attract tourists from all over the world.

Kenya is located in the eastern part of Africa. It is surrounded with Tanzania, Eastern Sudan, Ethiopia, Uganda, Somalia, and it also has an exit to the Indian ocean. It is a country of geographic and climate contrast, because both north and east of this african country are covered with dry plains with rare instances of rainfall. Mountain zone often covered with snow on altitudes over 1000 meters above sea level extend over the southwestern part of the country . Just on the the other side you can find seashores and a tropical climate. The contrasts don’t stop there. Over 32 million people live in Kenya, from which there are forty different ethnic groups that belong to Bantu and the Nile-Sahara group. 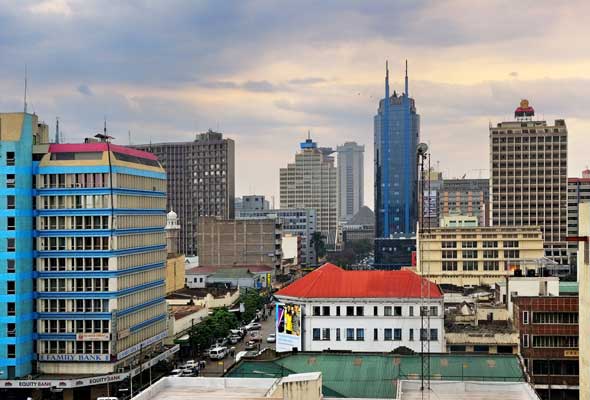 A place of cold water on the language of masai is  Nairobi. It is also the name of the largest and capitol city of Kenya that is home to 9% percent of the total population, and is considered a political and financial center of the country. Considering the fact that it extends on an altitude of 1661 meters, caution is advised due to the possibility of altitude sickness.

Cultural and historical beauties of Kenya can be seen in the Kenyan national musem, while the indigenous culture of this african country could probably best be seen by visiting the kenyan bomas – village dwellings whose goal is to preserve and present the diversity of kenyan culture. Animal lovers can visit the Giraffe Center where they can feed these long-necked animals. National park Nairobi  located just 7 kilometes from the capitol city has a  stunning view of the kenyan wilderness which makes it an attractive tourist destination.

Tourists also gladly visit the second largest city in Kenya, and its most important  seaport – Mombasa,  the cities Nakuru, Eldoret, and Kisumu are also popular destinations.

Kenyan cuisine is a multicultural combination of flavors from portuguese and british colonial conquests mixed with the local elements. It is completely normal in this country to eat a good indian curry, brazilian batata meals, and traditional treats irio and ugali. Local residents  in the continental part of the country mostly feed on simple foods made from cheap vegetables in combination with beef,  while the diet on the coast is much more diverse and includes sea food.

Fans of adrenaline sport activities will surely choose to climb the second highest mountain peak in Africa – Mt. Kenya (5199 m). If you don’t have any alpine experience and knowledge, you can go sightseeing in this National park that is alo under UNESCO protection.

Africa is not a synonym for the desert. After seeing all the water wealth in Kenya the thought wouldn’t even cross your mind. The second largest freshwater lake in the world – lake Victoria – is located in this easterafrican country. There is also the salt lake Bogoria, known for its sources of hot water, just like lake Turkana – the largest desert lake in the world. Rich animal and plant life can be seen in the vicinity of lake Nakuru in the city Nakuru. 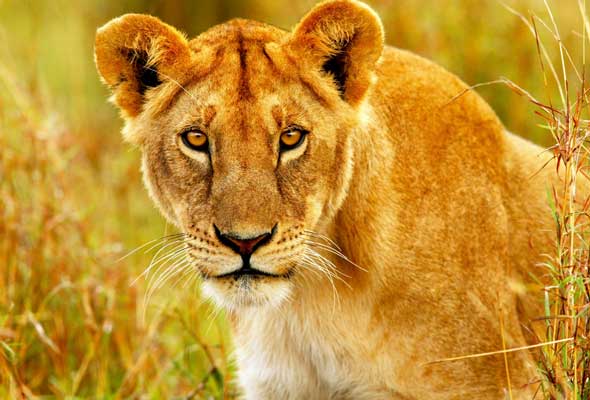 If you want to experience a real Discovery documentary live – reservaton Masai Mara is the place to be. It is located in southwestern part of Kenya, and it extends over 1500 square meters. From July to October there is a large migration of animals from Serengeti, when you can see hundreds of zebras, african antelopes, and gazelles. On the other side, big cats, black rhinos, african elephants and hundreds of bird species are a common sight.

If you want to see a fortress shaped like a man (from birds point of view) you will visit fortress Jesus on the island Mombasa. It was built in 1593. by request from portuguese king Filip I. Today there is a musem at this location that was put on UNESCO’s World Cultural heritage list last year.

Movie lovers will want to visit M’Bogami near Nairobi – where danish writer Karen Blixen lived (and died). She was most famous for her bestseller My Africa.

You also have to visit museum Kisumu in the city Kisumu, that reveals the astounding zoo and botanical exponents and all the items characteristic for that area. Offical Langugages: Swahili and english
Religion: protestant (45%), catholic (35%), Muslim (10%)
Currency: Kenyan schilling; luxury hotels accept euros
How to travel: via airplane; internation airport Jomo Kenyatta is located 20 kilometers from the capitol city of Kenya
When to travel: Tourist season lasts from january till march, and from June till October. April and May are best to be avoided.
Sickness and how to prevent: vaccination against yellow fever is mandatory (three weeks before the trip), and is done by dr. Andrija Stampar, Mirogojska 16, Zagreb. Caution from malaria is also recommended, that is transferred by a sting from an infected mosquito female. It is possible to buy very expensive antibiotics against malaria (that are not 100% effective) or you can wear appropriate clothes and avoid staying near water for too long.
Accomodation: Hotel Fairview, located in the tropical gardens of the capitol city, is a good option for passengers with a deeper pocket. House of Waine located in the vicinity of the famous museum Karen Blixen, and hotel Tribe that offers a real wellness oasis, are also on that list. Prices in these hotels range from 1500kunas and above.
Restaurants in Nairobi: A delicious and quality steak can be eaten in the Talisman restaurant, sea food in the the Seven restaurant, while great coffee is served in the Java Coffe House restaurant that also offers the best kenyan blackbitter liquids mixes.

Drink only bottled water. It only in guaranteed quality hotels.

Kenya is one of the leading sex destinations, while 20-30% of the population is HIV positive. Walking alone should be avoided, especially at night.

For transportation it is best to use taxi services.