A young South African country with developed infrastructure in which every Westerner would feel like home.

Namibia is a country in South Africa which stretches along the Atlantic Ocean at about 825 000 square kilometers. It borders with Angola in the north, Zambia in the northeast, Botswana in the east, and South Africa in the south. Central plateau dominates in Namibia relief and it is surrounded by the Kalahari and Namib deserts and coastal lowlands.

Despite its rich deposits of minerals and precious stones, most of the overall population of 2 million is poor. There is high unemployment rate in the country, and an always present issue of the redistribution of wealth, because the majority of capital is in the hands of a small number of private entrepreneurs. Namibia carries the title of a second uninhabited area in the world (after Mongolia).

The capital and largest city – Windhoek -is located in the central part of the country at 1700 meters above sea level and it represents a political, cultural and economic center. 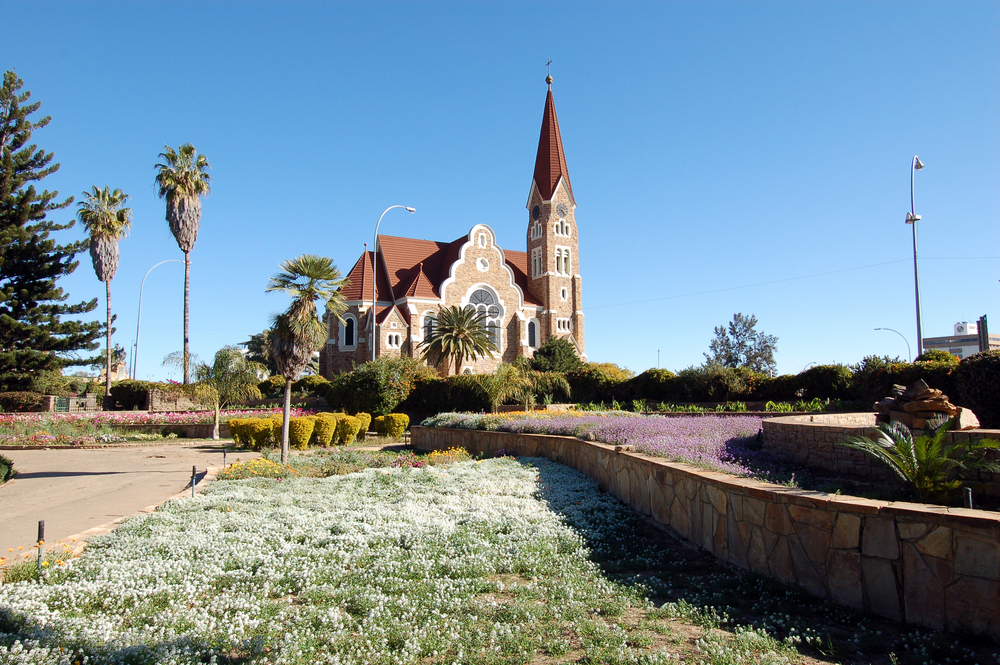 Namibian cuisine is a blend of European (especially German) and African influences. The population is known for consuming large quantities of meat but they also eat all kinds of vegetables and fruits. Namibians like to drink tea, beer, wine and various kinds of natural juices.

If you want to explore the fascinating flora and fauna of Namibia head for Etosha National Park in the north. This is mostly a desert area, but during the summer there is water in the park and with it a number of endangered animals like the black rhino. Near the park you can see the Kaokoland region – home of nomadic tribes of Herero and Himba. 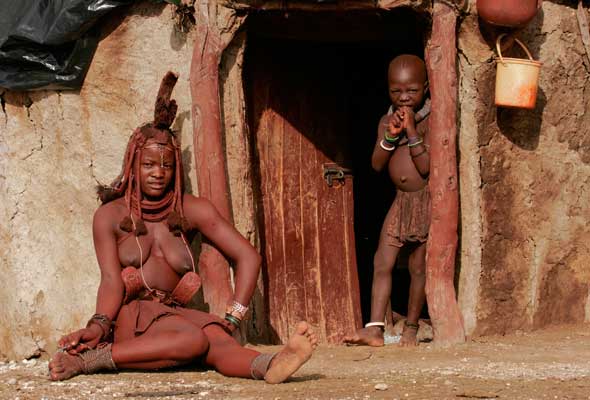 Explore the capital of Namibia. National Gallery and State Library, Lutheran Church of St.. Jesus, St. Mary Cathedral, the Parliament Buildings and Supreme Court, the historical museum placed in the fortress (Alte Feste), as well as many other cultural and historical monuments at your disposal.

In the southern part of the Namib Desert lies one of the most favorite tourist destinations- Sossusvlei. Literally it means a place of no return, that is, the layers of petrified mud in the middle of the desert dunes, formed by passing (and stopping) the river flow every five to ten years. Here you will find a number of dried trees and low vegetation, which is perfectly preserved due to lack of moisture in the soil and air. 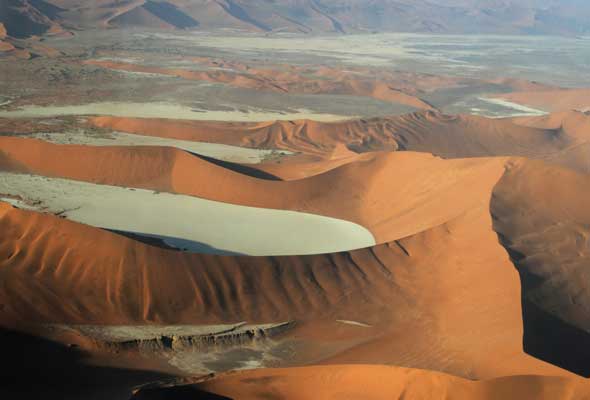 Have you ever wondered how it would be to visit a town where nobody lives? Head to the Kolmanoskop in the south of the country and find out. They also call it ghost town because its last resident moved out in fifties – looking for a better life. Preserved buildings are now inhabited only with sand from the surrounding desert.

Do you like to climb rocks, hike and camp in the middle of “nowhere”? Spitzkoppe is the right place for you. This is a group of granite rocks (highest point 1784 m) in the Namib Desert called the Namibian Matterhorn.

Official language: English, Afrikaans, and German language is in use
Religion: Christianity
Currency: Namibian Dollar (NAD), South African rand (ZAR)
Visa: required – it can be obtained through the Embassy of the Republic of Namibia in Vienna (Ungargasse 33.5, Tel. 00 43 1 40 29 371)
How to travel: by plane – the main airport of Namibia is Hosea Kutako International Airport near the capital.
Disease and prevention: A special vaccination is not required when entering the country. However, there is a risk of the infection of malaria and you should take appropriate preventive steps.
When to travel: From May to September.
Accommodation: Hotel Thule and Hotel Heinitzburg in the capital – are an excellent choice.
Restaurants: Hotel restaurants are always a safe choice, and you will taste good food in the restaurant Gathemann and restaurant Am Weinberg in the capital.

In this country a large number of people is infected with HIV virus, so be careful. There are also thieves on the road, so always keep an eye on your money and documents. Be careful while crossing the street or if driving by yourself. Namibians do not have laws for driving under the influence of alcohol so accidents are often. Drink only bottled water. Eat in hotel restaurants and other checked restaurants.