The magical landscape of this country is mentioned in ancient legends about the wise Maya and Aztecs.

United States of Mexico extend over more than 1.9 million square kilometers in North America. It borders with the United States, Guatemala and Belize, and is surrounded with the Caribbean Sea, Pacific Ocean and the Gulf of Mexico. It gathers 31 states and one federal district, and has more than 110 million inhabitants. Mexico is significant for a variety of diverse cultures with great natural resources which, in turn, do not bring greater prosperity of the population, because it is managed by the few elite.

The highest mountain peak Citlaltepetl rises to 5699 meters above sea level, and the country’s largest river is the Rio Grande, which extends over about 2100 kilometers. Mexico abounds with large mining and mineral resources such as oil, natural gas, gold, silver, copper, lead and zinc, and crops such as cotton, sugar cane and coffee are cultivated here.

The capital Ciudad de Mexico is one of the largest world’s largest cities where about 10 million people live, and with the urban surroundings it brings together more than 25 million inhabitants. In the architecture of the city the Spanish colonial heritage is particularly evident, and it is worth mentioning that the streets and districts are named after the cities, rivers, writers and other famous people, which greatly simplifies navigation in this megapolis. 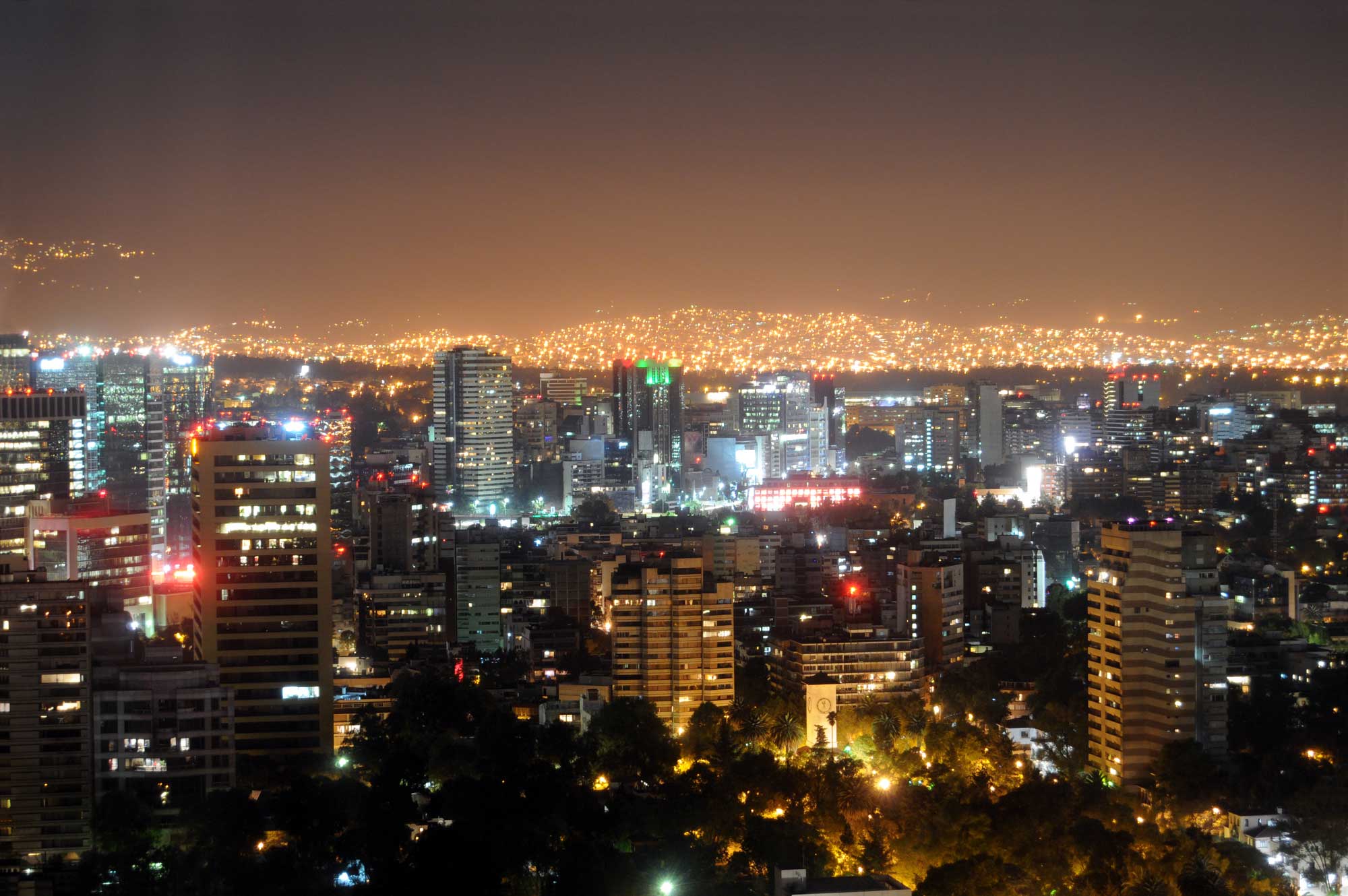 Mexican cuisine is one of the most popular gastronomies on the planet. Here they eat well-seasoned meat, seafood and meat wrapped in unavoidable tortillas served with Mexican rice. Food is served with locally produced beer, the famous tequila and cocktails.

Explore the Mexico City and its attractions. Visit the main square Zocalo, the Basilica of Our Lady of Guadalupe, the presidential palace and the ruins of the city of Aztecs – Templo Mayor. Take a walk down the avenue Paseo de la Reforma and Chapultepec Park and visit many museums in the city.

Discover one of the world’s seven wonders of the new world! Visit Chichen Itzu – the largest and most important archaeological finding of Yucatan, and the center of Mayan culture. Here you can see the pyramid Kukulkan, walk through the observatory where the Mayans studied astronomy and look at the red jaguar throne. You can explore the Mayan culture in the Mexican cities Teotihuacan, Palenque, Tulum and Uxmal.

Sea and sun lovers choose a famous resort of Cancun situated along the edge of Yucatan with spectacular beaches. Beach tourism, spiced with a rich night life is developed on the shores of the Pacific – and in the popular tourist town Acapulco. 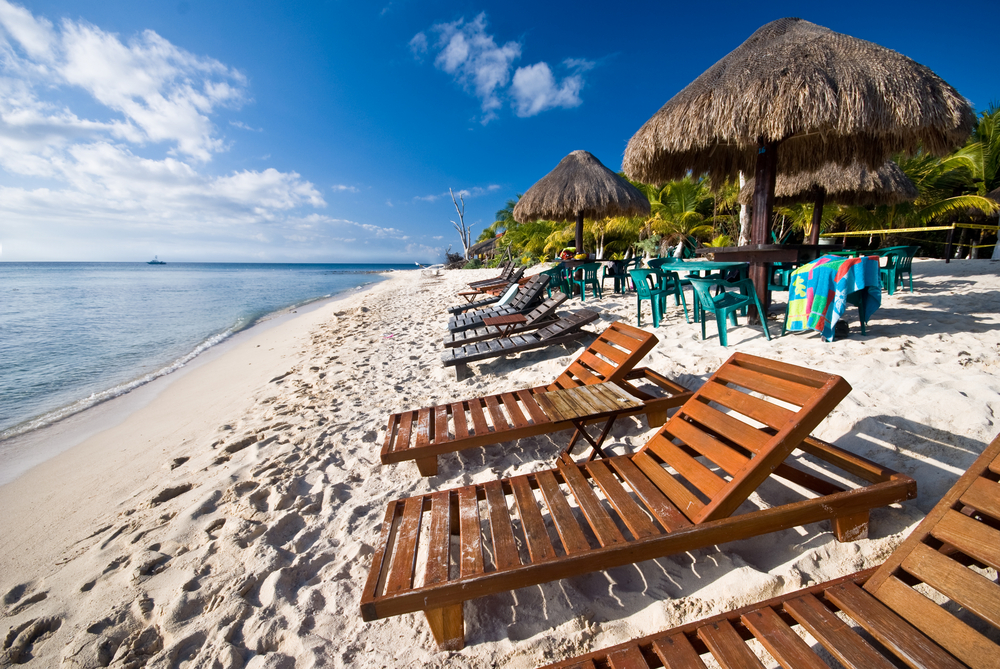 Favorite tourist destination is the Copper Canyon in the Sierra Tarahumara in the north. It is a magnificent canyon system (in some parts even deeper from the Arizona Grand Canyon) which was formed by six rivers. Here you can enjoy in the many hot springs, the highest waterfall of Mexico, but also in the culture of Indian tribes Raramuri.

Mexican national monument is the city of Taxco, which is situated in the south, in the interior of the country. It boasts with colonial palaces, baroque church of st. Prisca, and many (affordable) silver jewelry stores, by which it was nicknamed – a city of silver.

Official Language: Spanish
Religion: Catholic (95 percent)
Currency: 1 peso = 100 centavo
Visa: not required for Croatian citizens.
How to travel: the best by plane to the airport in Mexico City
When you travel: Avoid tropical cyclone season from June to November
Disease and prevention: vaccination is required. Before traveling get more details from the web site of the World Health Organization (WHO).
Hotels: Fiesta Americana Villas in Acapulco 4 star hotel (70 euros), InterContinental Presidente Cancun Resort in Cancun 4 star (67 euros), while in Mexico City the offer is wide – from the Hotel Imperial Reforma 3 star hotel (46 euros) to the Four Seasons Hotel Mexico, DF5 stars (139 euros).
Restaurants: you can enjoy Mexican cuisine in the restaurant Fonda Margarita in Mexico City and in Guadalajara in restaurant Birriería las 9 Esquinas, and seafood can be tasted in Puerto Vallarta in a restaurant Joe Jack’s Fish Shack.

Ministry of Foreign Affairs suggests extraordinary caution when traveling to Mexico because of the high level of crime in the capital and major urban centers. Special safety problem represent the drug cartels whose activities are most expressed in states along the border with the United States and the Pacific coast.

You should be cautious during the tropical cyclone season, when there is a possibility of floods and landslides. Mexico is located on the seismically active region characterized by earthquakes and volcanic eruptions.

Drink only bottled water and eat in checked restaurants.