When we think of Jamaica, a flow rhythms of songs of legendary reggae musician Bob Marley who was born here flow through our bodies. One of the most beautiful Caribbean islands is known for its production of rum, coral reefs, magnificent waterfalls, tropical forests, coffee plantations, savanna with cactuses and beaches with white and gold sand will simply sweep you off your feet.

Jamaica is an island country in the Caribbean Sea, located south of Cuba and west of Hispaniola. It occupies an area of ​​10,991 km ², where a total of over 2.7 million inhabitants live.

“Land of forests and water” is an original meaning of the word Jamaica, and it was named by members of the Taino and Arawak peoples who first settled here from South America. Country full of natural beauty and mineral wealth, was firstly invaded by the Spaniards in the 15th century and then it was colonized by the British in the middle of the 17th the century. During the British domination Jamaica was the largest exporter of sugar in the world, largely due to slave workforce that was brought on the island from Africa.

Jamaica is economically developed, and among the most represented are mining, agriculture, tourism, financial services and insurance, of which tourism and mining bring the most foreign capital to the state. Although the level of illiteracy in Jamaica is relatively small, they have a high unemployment (11.3 percent) and crime rate, which is one of the most pressing problems of this attractive destination. 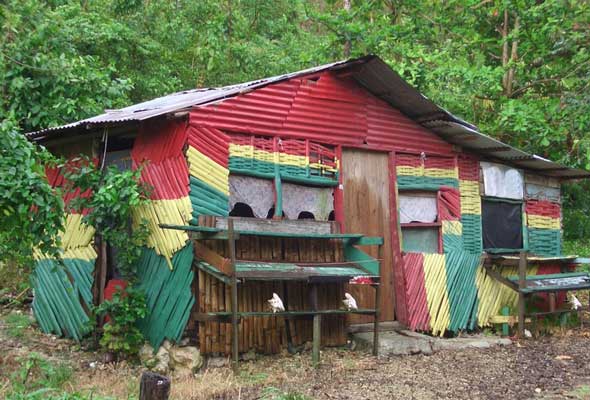 Jamaica is the first Caribbean country that declared independence and it is the birth place of the famous reggae musician Bob Marley. You’ll hear is memorable hits in almost every corner of this beautiful island, and a museum in his honor was built in KIngston. Jamaica is known for its production of rum, and here you will see Jablum Blue Mountain coffee factory, where one of the most delicious coffees in the world is made.

The capital of Jamaica is Kingston, which has about 600,000 inhabitants, and it is also the largest port in the country. Jamaica is also rich in beautiful rivers and lakes, and there is 120 of them. Tropical climate with a rainy season in May and June and in November and December prevails in this area, while tornadoes usually occur in August and September.

Jamaican culture is very interesting and rich in diversity. Here we encounter with a mixture of African culture and the Anglo-Irish culture, as well as with Spanish and native Indian influences. Most of the population is of mixed blacks, Indians, English and Irish descent.

In the capital of Jamaica there are countless of interesting sites to visit. One of the most important is the Bob Marley museum dedicated to the legendary reggae musician. Do not miss the opportunity to draw the graffiti in his honor at the designated museum wall.

Craft Market is a colorful Jamaican market which is worth seeing, and the locals are very proud of their skill of making handicrafts. One of the most important is the National Gallery, where you can visit and learn a lot about history and art of Jamaica. There is also Booulevard Knutsford crowded with lively restaurants and bars, and it is a perfect place to meet people and have fun. There is also Devon House for a leisure walk through the city, then Fort Charles and more.

During your stay in Jamaica, definitely visit a fantastic place called Treasure Beach, located in the southern coast of Jamaica. Treasure Beach includes four small marine bay: Billy’s Bay, Frenchman’s Bay, Calabash Bay and Pedro’s Big Bay. Here you can enjoy in the white and golden sand, surf and snorkel as much as you want. It is an ideal place for research and you will learn a lot about the history of the people who live here. Near Billy’s Bay is Caijan Museum and Art Gallery with the traditional themes of Jamaica. 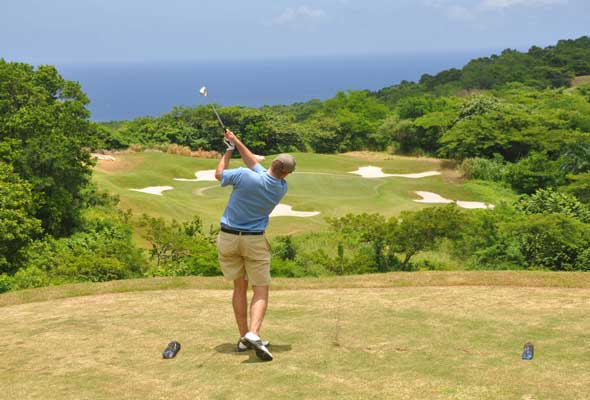 We recommend that you visit Caymanas Golf Course, located 15 kilometers from the capital Kingston. Caymanas Golf Club was opened in 1957 and it is also considered a park, which fits perfectly in the hilly landscape with dense vegetation. For all the passionate lovers of golf it is important to mention that exactly this golf club is listed among the top five in the Caribbean.

Official languages: English and Creole is also in use
Religion: Christian (75 percent) and others, including Rastafarians.
Currency: Jamaican dollar (100 cents)
How to travel: the most practical way is by plane; Norman Manley International Airport is only 20 minutes from Kingston.
When to travel: it is very warm throughout the year and the most pleasant time is from December to April.
Visas: Croatian nationals who come as tourists, students and business visas can be obtained from a diplomatic mission / consular post of Jamaica, or at the border. You can contact the Jamaican Embassy in Berlin at the e-mail: info@jamador.de
Disease and prevention: No mandatory preventive vaccination. Be sure to have protection against mosquitoes and the hot sun. The Caribbean has the highest representation of HIV outside of Africa, and malaria is one of the biggest problems. Before the trip get more detail from the web site of the World Health Organization (WHO).
Accommodation: among the luxurious hotels in Kingston there are: Four Seasons Kingston Jamaica, Chelsea Hotel and the Knutsford Court Hotel. Prices range between 80 and 150 euros. In Kingston you will find hostels with the price of 9 euros per night.
Restaurants: among the best in Kingston are: Country Style Restaurant, Red Bones Restaurant with delicious local cuisine, as well as Whitebones Seafood Restaurant where you can try fresh seafood specialties.

Drink bottled water and eat in the verified restaurants. Foreigners are recommended to be cautious in Kingston due to high crime rates.