An island state, comprising of more than1500 islands, of which Cuba is the capital, is famous for producing the finest cigars, white rum, classic cars, and the salsa dance that is a trademark of the country.

Incredible palaces and fors can be found in Havana that is under UNESCO protection, and you can enjoy the white sand beaches along the beautiful turquoise sea in the most famous cuban resort Varadero.  Cuba is surrounded by the Gulf of Mexico, the Caribbean Sean, and Atlantic Ocean, and it borders with the USA and Bahamas in the north, Mexico in the west, Cayman Islands and Jamaica in the south, and Haiti in the southeast of the country.

This island country consist of more than 1500 islands, of which the largest and capital is Cuba and holds up to 95% of the area. Cuba is also the westernmost island in the Great Antilles, and is located at the entrance of the Gulf of Mexico, between Florida and Yucatan peninsulas. It is 1250 kiometers long, and between 35 and 190 kilometers wide.

Much of the island is built from horizontal layers of mesozoic and tertiary limestones, and flattened forms dominate in the relief. The highest areas of Cuba are located in the southeast, where Sierra Maestra rises up to 1994 meters along the south coast, and Pico de Turguino is the highest peak of the country. The coast of Cuba is mostly low, at some places it is even a swamp, but it is well indented with numerous bays, coral reefs, sand beaches, and sometimes even steep cliffs, which are especially numerous on the south side of the island.

In the famous Guantanamo Bay in the southeast of the country is the U.S. military base. Many islands belong to Cuba such as, Sabana and Camaguey islands along the north, and Canerreos and Jardine islands along the south coast. The only major island is Isla de la Juventud, which occupies an area of 2201 km2 on the Canerreos islands.

Almost all races are mixed, and most of them are mulatto because the origin of the population is mainly spanish or african, and there is a small chinese community here. Cuba was an atheist country up until 1991., and it confiscated all the church objects. It is mostly a Roman Catholic church (85%), while protestants and jews are in minority. Tourism is on the rise in Cuba, because of which the economy is also developing. 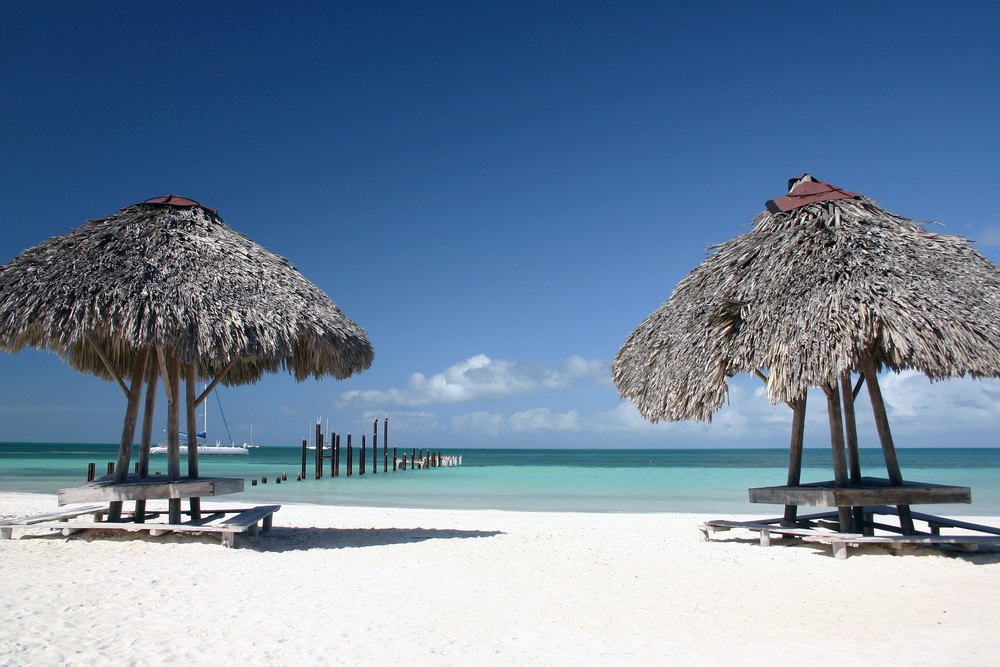 The capital of Cuba is under UNESCO protection, and in it you can see landmarks like: Malecon, Miramar, Plaza de Revolution, Fort de Havana, and Capitol. You can walk through the des Armas square and Central Park, and because Cuba is known for its white rum, tourists can visit the museum of beverage production. Havana offers colorful souvenirs at markets, dancing mood in almost every bistro with local performers of hot salsa, rumba, and mamba rhythms.

Pinar del Rio is the westernmost cuban region known for growing the finest tobacco. Here is the center for manufacturing of Cuban cigars so you can visit the famous factory where tourists learn about the process of making this characteristic cuban product. ‘Los Jazmines’ offers a breathtaking view of the colorful valley of Vinales, one of the most beautiful in Cuba. Be sure to visit the Indian cave, where you can find the famous prehistoric mural painted on a rock.

Varadero is the msot famous resort in Cuba, and is located on the Hicacos peninsula that is only 1.2 kilometers wide. Varadero is located in the northern part of Cuba, and it stretches along the 22 kilometers of white sand beaches with beautiful turquoise sea. In addition to swimming and diving, you can learn in the Barracuda International Diving Center, where you are left with limitless possibilities to expore the underwater world.

Official language: spanish
Religion: Roman Catholic (85%), and the rest are protestants and jews
Currency: Cuban peso (100 centavosa)
How to travel: best with airplane; internationa airport Havana Airport.
When to travel: ideal times are between january and may, and tourists mostly come for Easter and Christmas
Visa: Croatian citizens do not need a vise, and the price is around 400 kn in the tourist agencies.
Diseases and prevention: Vaccinations are not mandatory. Before traveling inform yourself at (WHO).
Accomodation: Among the more luxury hotels in Havana are the: Hotel Saratoga, Santa Isabel and Hotel Conde de Villanueva. Prices range from 70-130 euros per night.
Restaurants: Among the best in Havana are : Los Nardos with authentic Cuban cuisine, popular local Restaurant El Guajirito and Restaurant La Casa – Paladar

Drink only bottled water and eat in tested restaurants. Along the coast there are possible threats from storms and hurricanes between June and November.