Sweeten your life by visiting this magical island along the eastern coast of Africa that is also the world’s largest producer of vanilla.

Madagascar is an island country in the Indian Ocean that covers an area of ​​about 587 thousand square kilometers. It is separated from southeast Africa with the Mozambique Channel. Narrow coastal lowlands stretch in the east, in the center of the island lays the plateau, and in the West there are coastal plains. Isolated position of the country has made it the fourth largest island in the world and a home to many animals and plants that you can not see anywhere else on the planet. It doesn’t surprise that many environmentalists denounce it the eighth continent.

Its history goes 1500 years back into the past, and is associated with immigration of inhabitants from Southeast Asia and the African continent. Today Madagascar has a population of 20 million inhabitants, and most of them are gathering in large cities.

The largest and capital city of Madagascar is Antananarivo. It lies in the central part of the island, about 145 kilometers off the East Coast. Keep in mind that shopping here is extremely affordable and the prices very low. Vanilla pods certainly have to be found on your shopping list because Madagascar is the world leader in their production but also don’t forget to choose some of the wooden handicrafts, textiles and silver jewelry.

Gastronomy of this island is based on rice and meat sauce – it is best to be eaten in the hotel environment, where you can be sure that it was heat-treated properly. Try different kinds of bananas and rice cakes, as well as locally produced rum, coconut drinks, excellent coffee and a variety of other drinks.

Madagascar is home to eighty percent of the world’s population of animals and plants that can not be seen anywhere else in the world. The first tourist destination should certainly be the national parks, namely Atsinanana rainforest on the island, which are under UNESCO protection.

Royal crest Ambohimanga is under the protection of UNESCO. It is located about twenty kilometers from the capital. It is a holy place for the inhabitants of Madagascar so the locality includes the village, surrounding settlements and objects of Merina ethnic communities. 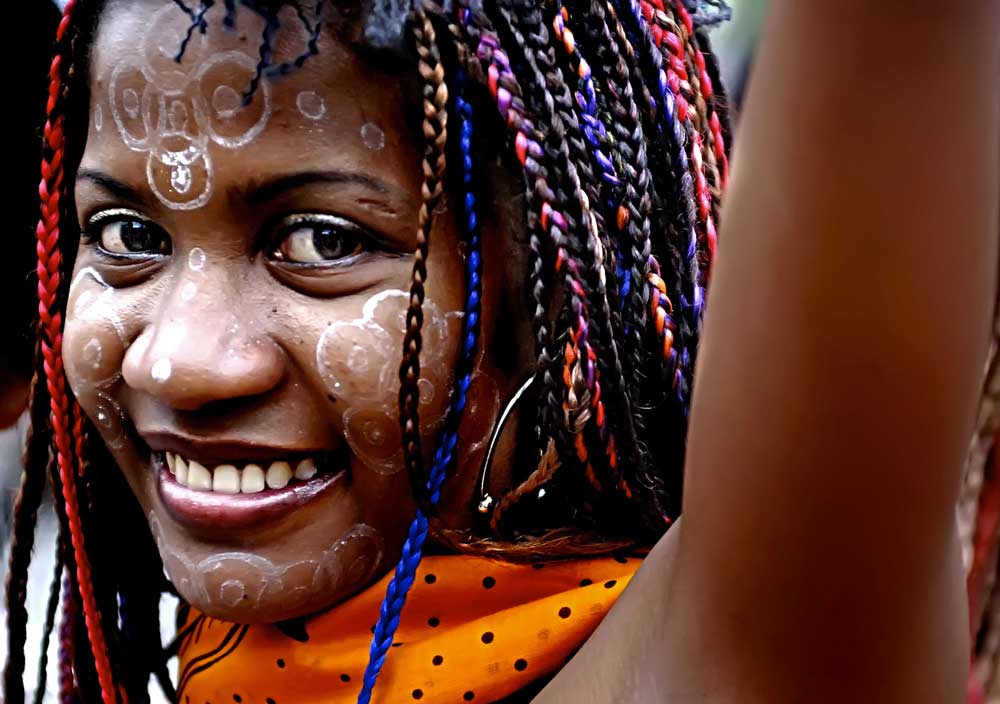 If you wanted to swim, sunbathe and dive – go to the picturesque town Anakao, the islands of Nosy Komba and Nosy … in fact the entire coast of Madagascar is good for this purpose. Long sandy beaches and crystal blue sea are waiting for you.

Visit the largest natural reserve-Madagascar Tsingy de Bemaraha located 200 km north of the city Morondrava on the west coast. It contains a unique natural phenomenon – the stone forest. Near Morondrave there is a popular tourist attraction – Baobab Avenue. Baobab is the national symbol of Madagascar.It is a tree of unusual shape, which can grow up to 30 feet in height and 8 meters in width. 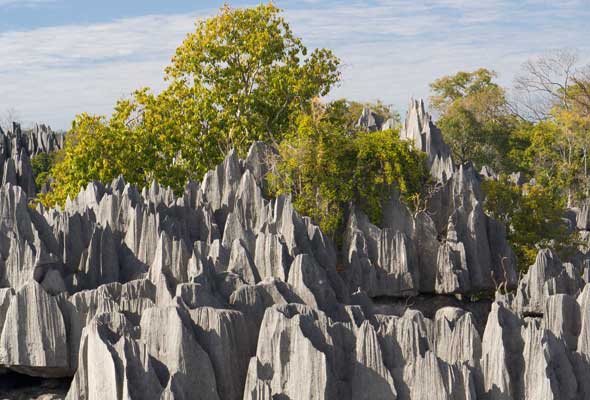 See cultural and natural beauties of the capital of Madagascar. It offers a queen’s palace Rova, market Andravoahangy and Lake Lac Anosy in town.

Official Language: Malagasy and French, a small number of the population speaks English
Religion: animistic religion (50 percent), Christianity (45 percent)
Currency: Malagasy arijari (MGA)
Visa: required – can be obtained directly upon arrival in the country at the main airport. Price is around 600 kuna.
How to travel: by plane, the main international airport is Madagascar Ivato International Airport in the capital.
Diseases and Prevention: no mandatory vaccinations for this country are needed. However, there is a high risk of malaria so it is necessary to take preventive steps.
When to travel: It is best to travel during the dry season without the heavy rains – from May to October.
Accommodation: Hotel Tana and hotel Tomboho in the capital of Madagascar.
Restaurants: if you decide to take a meal in the hotel restaurant you won’t make a mistake.

The biggest security problem in the country is petty thieves on the streets of Madagascar. So keep an eye on your documents and money at any time. Drink only bottled water and eat the trusted sites. Protect yourself from malaric mosquitoes and the hot sun. There are many stray dogs in the streets. Be sure to avoid them because most of them are infected with rabies. Part of Madagascar’s population is infected with the HIV virus so behave cautiously.