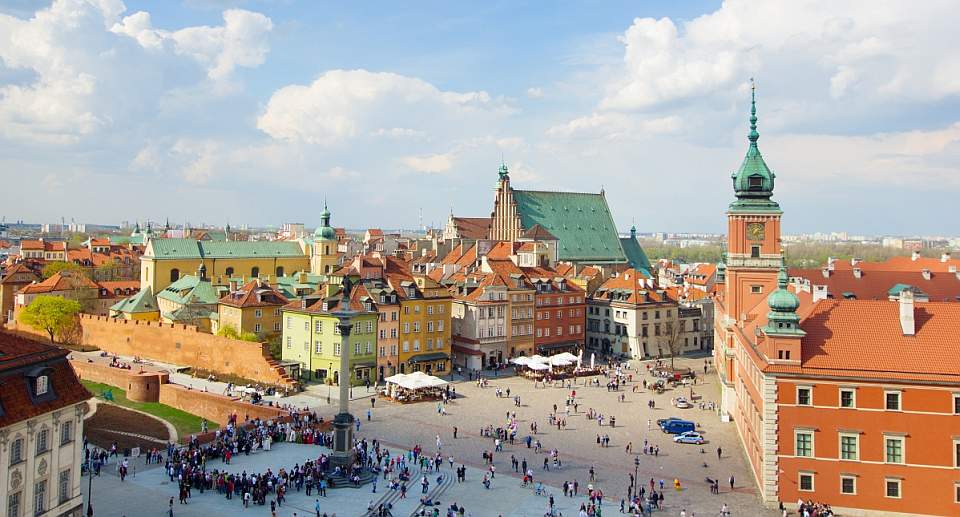 Country of marvelous architecture and rich natural beauty challenges travelers from around the world.

Poland extends over about 312 square kilometers in central Europe. It is surrounded with Germany in the west, Czech Republic in the southwest, Slovakia in the south, Ukraine in the south-east, Belarus in the east, Lithuania in the northeast, and Russia in the north – where it  has access to the Baltic Sea.

Geographically, Poland relief mainly consists of northern European plains, while the terrain is elevated just in the south of the country where the highest peak – Rysy rises at 2499 meters.

The country has about 38 million people, most of whom are Poles. The population is mostly retained in the urban centers and towns, and the least in areas of the northeast and northwest.

The capital city – Warsaw – is situated in the middle of the river Vistula in the center of Poland. It represents an important economic, cultural and scientific center of Poland and it is the unavoidable tourist destinations in this country. Tourists like to visit the former capital Krakow, which is proud of its medieval palaces and Baroque churches, and exciting nightlife. It is worth mentioning that our ancestors – White Croats once lived here.

Polish cuisine is like other central European cuisines and extremely filling. It is based on large amounts of meat – particularly beef, pork and chicken – combined with winter vegetables like cabbage, potato dumplings, lots of spices and cream. They are particularly proud of its gingerbreads for which the dough must be made at least two years prior to serving.  Also, gingerbreads are abundant with added pepper, cinnamon and other spices – with what, in a cultural sense – they want to show how it used to be a strong force which could afford import of spices from Asia.

It is interesting to mention that there is very few wine-growing areas in Poland – so during the winter Poles drink mulled beer – with jam!

Explore Warsaw! Visit the historical center of the city which contains copies of the construction from 13th to 20th century and it is under the protection of UNESCO. Also refer to the so-called royal road with many neoclassical palaces, the oldest garden – Saxony, as well as the largest cemetery in Europe – Powązki. 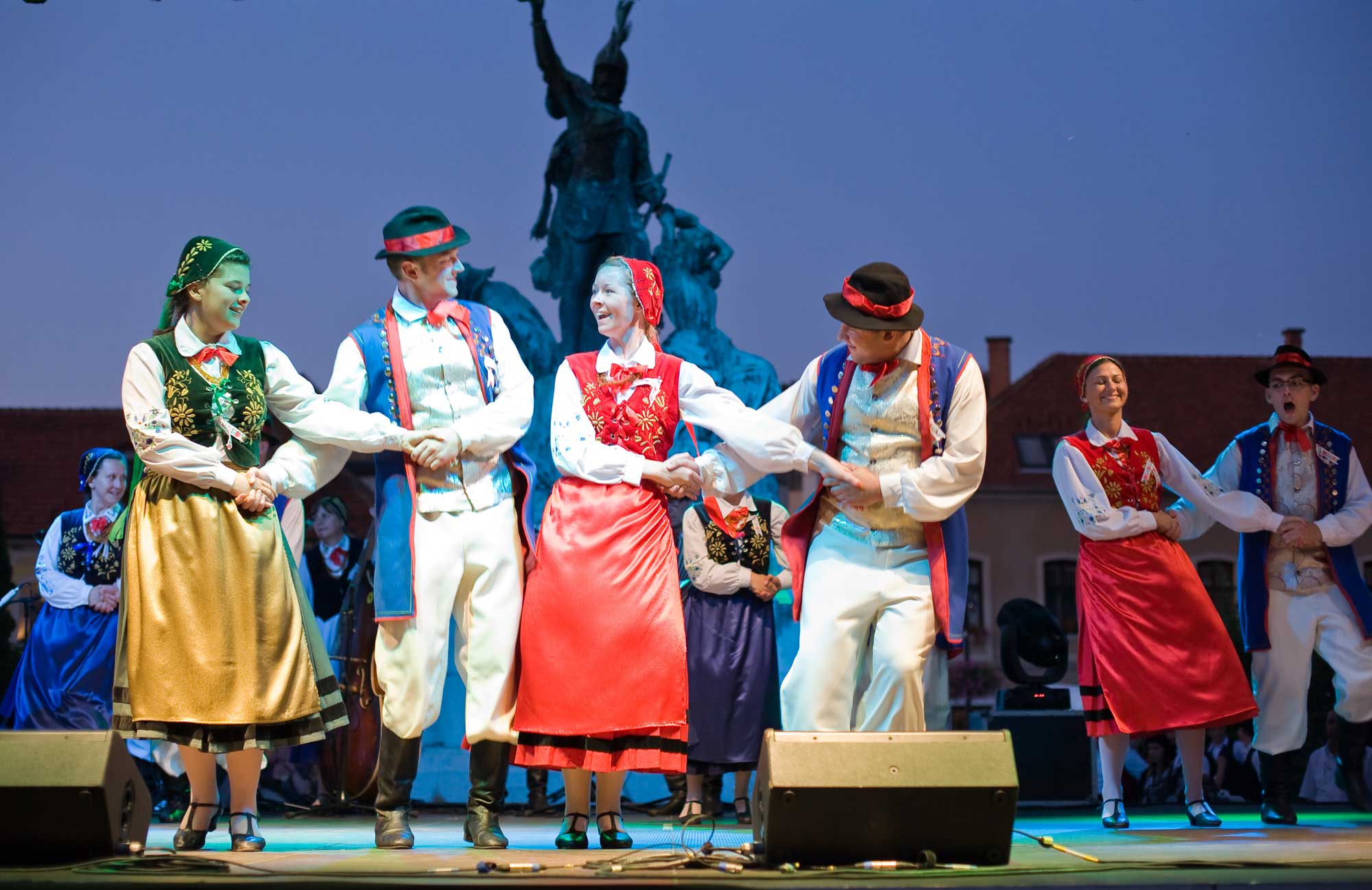 Popular tourist destination is the salt mine Wieliczka, which dates from Medieval ages, and is located below the homonymous city in the south. Mine includes 9 levels which reach depths of 327 meters and includes 300 kilometers of tunnels, and ten times as much room. Salt was once produced here, and today Masses are held, and concerts and parties are organized.

Visit the ancient headquarter of the Grand Master of the Teutonic Order of knights under the protection of UNESCO! It is the castle of Marienburg, which is located in Malbork in the north of the state. It is built in a typical Gothic style of medieval fortifications, it is spread on about 32 acres and is considered the largest brick castle in the world.

Great Mazurian Lakes in the northeast of the Poland are a stunning natural system that gathers up to 45 lakes, 12 channels and eight rivers – making it the largest freshwater surface in Europe. Here you can enjoy in the beautiful landscape, breathtaking forests, unusual bird species – as well as numerous activities such as sailing and fishing. 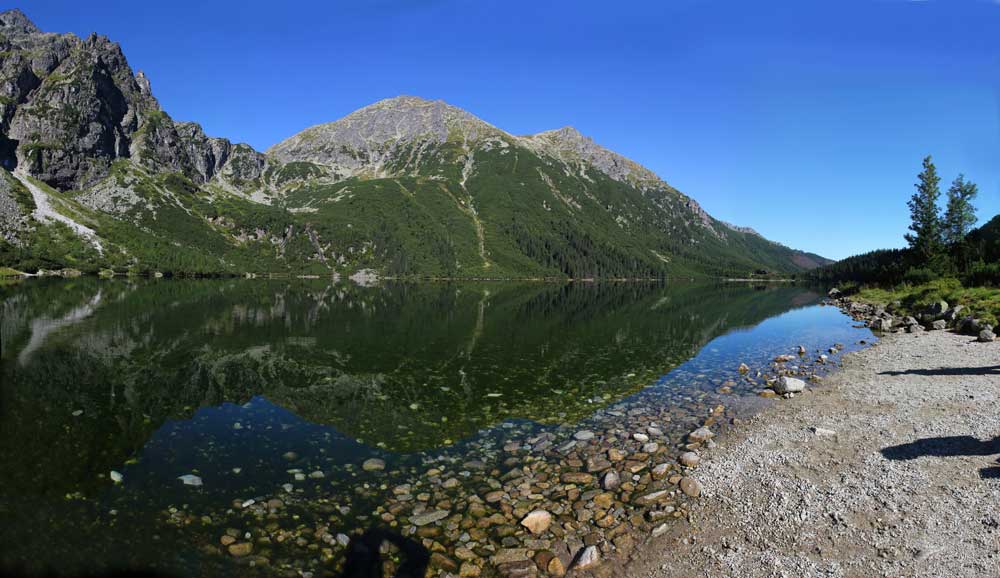 One of the frequent tourist destinations in Poland is the concentration camp Auschwitz, which is located about fifty kilometers from Krakow. In this camp during World War II horrific crimes against humanity were committed and more than one million people were executed. Today this is a place of silent prayer – a museum that says out loud that the past must never repeat.

Official language: Polish
Religion: Christianity (95 percent of the population)
Currency: Polish zloty (PLN)
Visa: Not required
How to travel:
BY PLANE – The main airport is the Polish John Paul II Internetaional Airport near Krakow. There is no direct flight from Croatia, but transfer in Ljubljana, Vienna and Munich.
BY TRAIN – there is no direct line to Warsaw – inevitable transfer in Budapest / Vienna
BY BUS – travel agencies organize trips to Poland, which includes bus transportation.
BY CAR: route Zagreb-Warsaw (800 km) is generally not recommended due to the almost non-existent highways in Poland, long drives and heavy traffic. Vignettes in Poland are not required for passenger cars.
Disease and prevention: special vaccinations to enter the country is not required.
When to travel: From May to September.
Accommodation: Mamaison Residence Diana and the Hyatt Regency Hotel in capital are an excellent choice.
Restaurants: Platter offers traditional Polish cuisine in a modern guise. You will eat and drink well in the restaurant Butchery and Wine in the capital.

Watch out for petty criminals around the tourist centers.