Voodoo country attracts tourists from all over the world.

Benin extends over about 112 thousand square kilometers in West Africa. It borders with Nigeria in the east, Toga in the west and Burkina Faso and Niger in the north. It has exit to the gulf of Benin in the south, which is a part of Gulf of Guinea and Atlantic Ocean.

In the country of flat landscape and tropical climate, there are about 9 million inhabitants, who belong to numerous ethnic groups. They usually inhabit the coastal lowlands in the south, and they are involved in agriculture and livestock. Despite the poverty, there is no stress in the country. This is best seen in the way they work. They start with work in the early dawn, while taking the two-hour midday break for rest, not for lunch. At that time you won’t find any store or institution open. After the break they go back to work and spend an evening with the family – cooking and dancing.

Porto-Novo is the capitol but not the largest city in Benin. It is situated in the south, 11 kilometers from Gulf of Guinea. However the biggest city and its most important port is Cotonou. It stretches over the river Oueme in the Atlantic Ocean and it is the economic center of the country. ???(ovdje se trguje)??? Here they trade with tobacco, cotton, coffee, peanuts and palm oil.

Benin cuisine is based on goat, chicken and turkey and the meat is combined with rice and local vegetables. Food is served with local beer, palm wine, and whiskey.

Explore the former capital of the kingdom of Dahomey, which dominated this area from year 1600 to 1900. Abomey is situated in the southern province of Zoo and includes many royal palaces which have been put on UNESCO’s world heritage list.

Visit the mystical city of Ouidah in the Atlantic coast where the population practices voodoo. You can get most of the information about this recognized religion in Benin in the local voodoo museum. Afterwards, visit the sacred forest – a quiet park with a monumental tree which is believed to be planted at a time of the disappearance of the city’s founder- the prehistoric king Kpassea.

Would you like to enjoy a view of beautiful beaches – visit the Grand Popo – which is settled in the southwestern province of Mono. Due to strong currents in this area swimming is an activity that is carried out individually and at your own risk. How about a fishing rod?

If you’d like to explore the flora and fauna of the Benin head for Pendjari National Park, situated in the northwest. It stretches over 2755 square kilometers and is home to amazing species of African birds, hippos, lions, monkeys, elephants and many other animals. 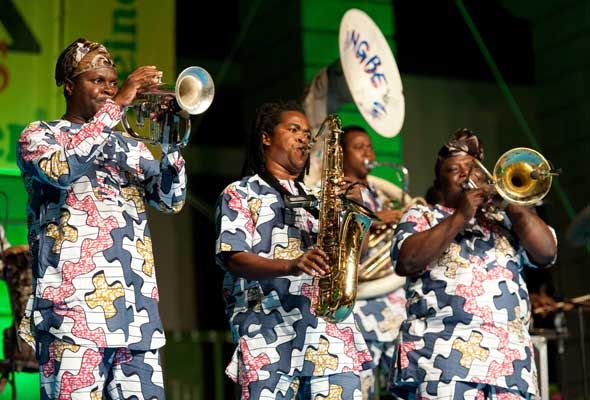 Refer to the largest city of Benin and explore its cultural and historical monuments. Be sure to visit the Roman Catholic cathedral of Notre Dame des Apotres (Our Lady of the Apostles), which highlights an interesting red and white facade.

Official language: French (local languages Fon and Yoruba are in use)
Religion: Christianity (43 percent), Muslim (24 percent) voodoo (17 percent)
Currency: CFA franc
Visa: required – it can be obtained at the Embassy of the Republic of Benin in Geneva (Chemin du Petit-Saconnex 28, Tel. 00 41 22 906 84 60)
How to travel: by plane – the main airport of Benin Cotonou Cadjehoun Airport in the largest city in Benin.
Disease and prevention: you should be vaccinated against yellow fever. There is a great danger of contracting malaria and it is necessary to take preventive steps.
When to travel: From November to February – when temperatures are moderate and the land is dry.
Accommodation: Hotel Novotel and the Hotel du Lac in largest city in Benin.
Restaurants: Le Huit serves great Mediterranean and African cuisine. Good food is also served in restaurant Pili Pili in Cotonou.

There is a high crime rate in the country so you should behave responsibly, look after your money, documents and other property. Always be in the company of local people (guides), who know the language and customs. Women are not allowed to move around the country alone, especially after dark. Drink only bottled water. Eat in hotel and other checked restaurants. A certain percentage of the population is infected with HIV so risky behavior must be avoided.