A country formerly known as Burma had the name of Myanmar since 1989.

It is situated in Southeast Asia and it borders with Bangladesh in the west, with India in the northwest, China in the northeast, Laos in the east and Thailand in the southeast and it has access to the Bay of Bengal and the Andaman Sea.

It has an area of 678,500 km2 and has about 48 million inhabitants. The largest and the capital was a six million city Yangon (Rangoon), but the military authorities moved the capital in the middle of the jungle and called it Naypyidaw (Royal City), where about 1,800 people live, mostly members of the government with the families and absolute minimum of staff.

About 70 percent of the population is Burmese, from other nations there are Shan (9 percent) and Karen (7 percent), while the rest form the Rakhine, Chinese, Mon, Indians and smaller groups. 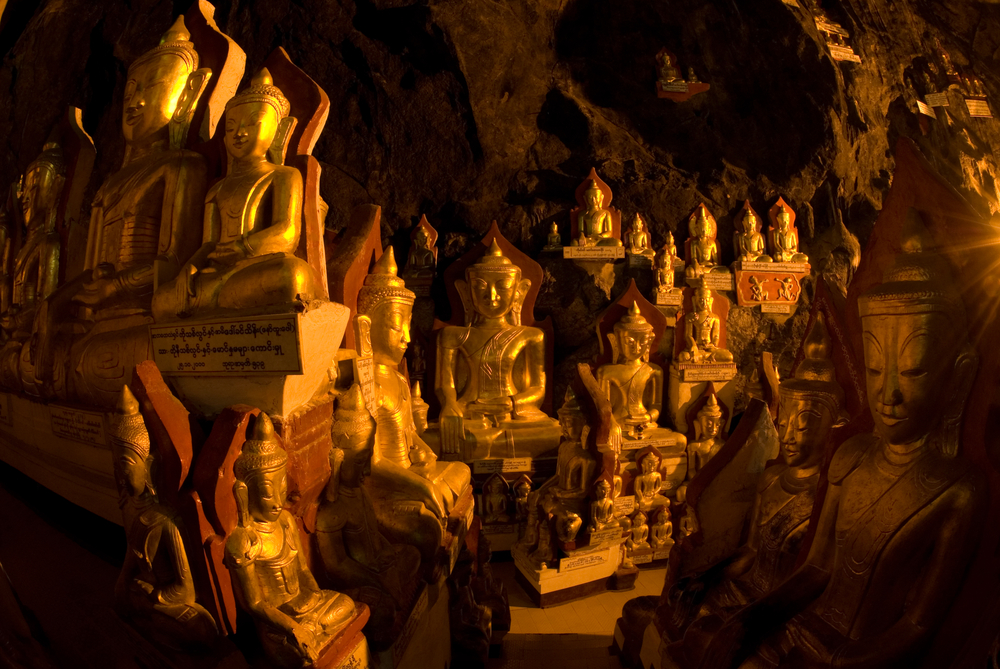 Theravada Buddhism is a dominant religion (90 percent), there are 4 percent of Christians and Muslims, animist 1 percent and two percent of all others.

The highest peak is Hkakabo Razi (5881 meters) on the borders with India and China, and the longest river is Irrawaddy, which is 1092 kilometers long.

Burma was under the British colonial rule for a long time, and then it was occupied by Japan. The country was not blessed with the local authorities, because military junta just changed in the recent history, which brought international isolation and economic backwardness. Gross national product per capita is only $ 1,250, with 7 percent unemployment. They export oil, natural gas, tin, lead, copper, tungsten and jade, and of agricultural legumes, rice and opium.

The climate is monsoon, except in the northern mountainous areas.

The most important building in Yangon and the most famous religious monument is a golden Shwe Dagon Pagoda that impresses with its architecture and elegance.

In the north there is a beautiful Inle Lake, one of the most beautiful natural attractions with numerous floating gardens.

Mandalay, also in the north, was the last royal capital of the north, it is considered a center of Burmese culture and has a rich ancient architecture.

Be sure to visit the ancient capital of Innwa and Amarapura.

Official language: Burmese
Religion: Buddhist (90 percent), other religions (10 percent)
Currency: 1 kjat = 100 pjasa
Climate: monsoon, with dry and rainy periods
Time difference: UTC +6:30
How to travel: by plane via Istanbul and Bangkok, the airport in Yangon is among the best in Southeast Asia.
When to travel: from November to February is the best
Diseases and Prevention: Vaccination is not mandatory
Visa: required, with 3 photos, price for monthly visa fee is 20 dollars.
Water: Do not drink tap water, but only from a bottle.
Hotels: you can stay in 3-star Central Hotel in Yangon for $35, for 4-star Traders Hotel you will pay $85, the luxury of a five star hotel in the Strand Hotel will cost you $ 185, however, you can afford a 5-star hotel for only $60 at the Dusit Inya Lake Resort.
Restaurants: delicious delicacies of Southeast Asia are made in the restaurant Monsoon in Yangon, and the Japanese Yakiniku Japanese Barbeque and Maw Shwe Li Restaurant are recommended.