Salzburg – between baroque and modern

Salzburg has a worldwide reputation of being a popular destination for city trips.

The baroque Old City, designated as one of UNESCO’s World Heritage Sites over 15 years ago, Wolfgang Amadeus Mozart and more than 4,000 culture events per year make sure the city never loses its attraction. The internationally acclaimed Salzburg Festival and spectacular exhibitions provide for a fresh breeze in Mozart’s city. The new Muse-um Gallery in the Cathedral Quarter will open in 2014. It is already being referred to as the European project of the century.

In 2014 the Salzburg Festival will pay tribute to Richard Strauss on the occasion of his 150th birthday by performing his Rosenkavalier opera directed by Sven-Eric Bechtolf and under the musical direction of Christoph Eschenbach. In addition, the Mozart/da Ponte cycle introduced in 2013 will be continued: after this year’s performance of Cosi fan tutte a new production of Don Giovanni will be staged at the House for Mozart in 2014. Cecilia Bartoli will slip into the role of Cinderella once again at the Salzburg Festival in Gioacchino Rossini’s La Cenerentola (in the Whitsun Festival production). The premiere of the opera Charlotte by Marc-André Dal-bavie is eagerly awaited. The composer will conduct the opera himself. The Festival’s tradi-tional play, Hugo von Hofmannsthal’s Jedermann, will be performed on the Cathedral Square stage again in 2014 with a cast of prominent stars. Over 250 performances will be on the Salzburg Festival program in 2014 in the opera, theater and concert genres. 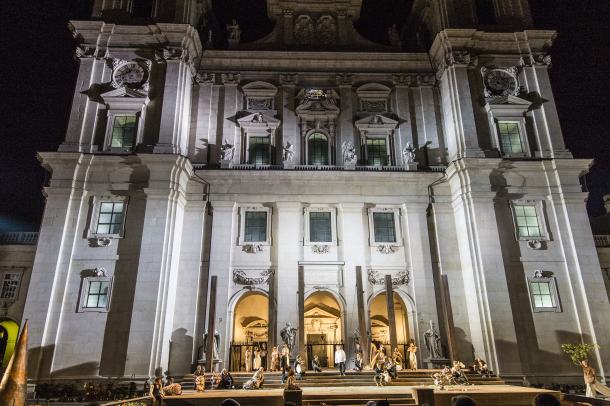 “Museum Gallery” – project of the century in Salzburg’s Cathedral District

The Museum Gallery in Salzburg’s Cathedral District, a historic gallery from the 17th century built under the rule of Prince-Archbishop Guidobald Graf von Thun, will reopen again: The gallery will restore the physical unity that was once the state’s spiritual and political center and a visible personification of the archbishops’ power. Closed for 200 years, the gallery leads from the former archbishop’s entertaining and residential rooms (State Rooms and Residence Gallery in the Old Residence) to the Cathedral arches and into Salzburg Cathedral. The gal-lery continues through the Chamber of Art and Wonders and the Long Gallery of St. Peter’s Monastery and through the Wallis Tract with views into the Franciscan Church and then leads back to the Old Residence. Visitors will find new, magnificent vantage points over the city and its hills and interesting insight into a series of rooms in the prestigious baroque building.