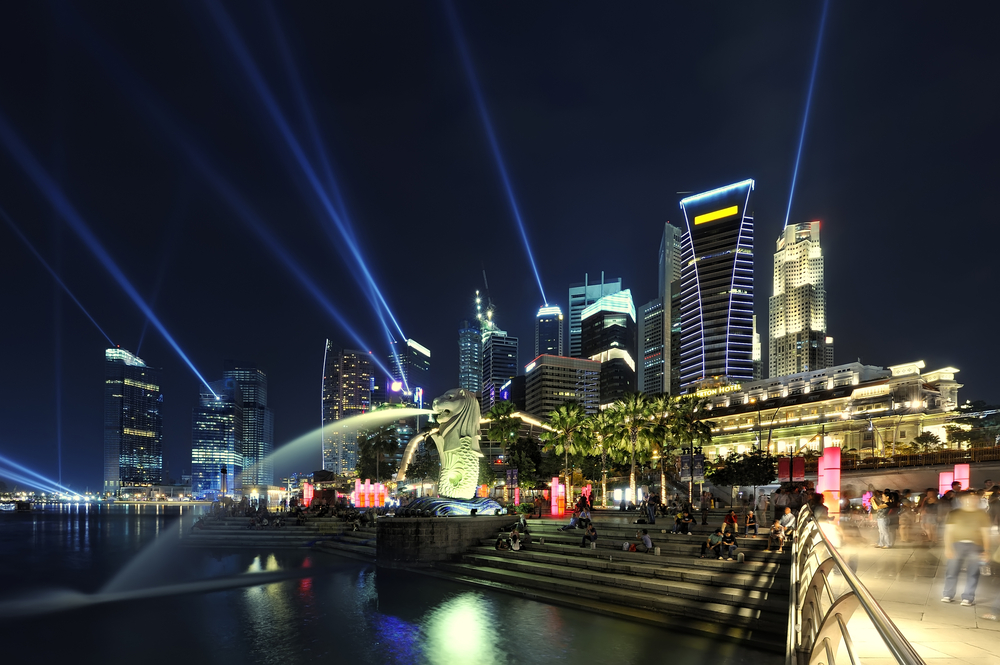 Singapore is one of the most developed countries in the world, and it has always been attractive to colonialists because of its strategic position.

This island city-state consists of a total of 63 islands and due to the rapid development of independent Singapore today it is called “Asian tiger”. It is a favorite destination for tourists and researchers who value diversity and are looking for new adventures.

The relief is low but undulating, with hilly areas in the center, Singapore is situated in the south of Malay Peninsula in Southeast Asia, between Malaysia and Indonesia. From the total of 63 islands that it consists of, the largest island is Singapore, followed by Pulau Tekong and Jurong. The highest point is Bukit Timah with 160 meters. Through Singapore several small rivers run, and the most important river is Singapore. In the middle of the island there are lakes Upper and Lower Seletar Lake and Upper Lake and Lower Peirce.

Most of the island is cultivated, and concrete, and a small part of the wetlands along the shore is covered with mangrove and inland tropical forest remnants. Lack of water is the reason why Singapore is mainly supplied with water from neighboring Malaysia. Vicinity of the equator causes high temperatures and humidity, and rainy period lasts from November to January. Quarter of the island is covered with forest, which is largely protected as a special reserve, and among the native animals here you will see the macaque monkey rakojed.

Singapore has a population of over 4.6 million people inhabited in the area of 697 square meters, making it one of the densely populated countries in the world. There are three main ethnic groups, Chinese (77%), Malay (14%) and Indians (7%) who speak different languages. Singapore has four official languages: English, Malay, Mandarin and Tamil. English is the official language of administration and trade, and Malay is the national language.

Singapore has a very interesting, but turbulent history, because its strategic importance has always been targeted by various colonial powers. Singapore as we know it today was founded on February 6,1819th by Thomas Stamford Raffles, the British Ambassador, who first noted the strategic location of the town. Seven years later it became a British Crown Colony and has evolved as an important port and trading center. During the World War II the Japanese conquered Singapore. Singapore became an independent royal colony. When in 1963 an independent state of Malaysia was established. Singapore was a part of it and it lasted only two years.

Independent Singapore today is a country with political and social stability, and its most developed sectors are trade, tourism and banking, with many foreign investments and negligible unemployment. Anyone visiting Singapore for the first time feels the perfect organization, cleanliness and safety.

As for the cuisine, you can really choose between the Malay, Chinese, Japanese, Indian, Korean, Vietnamese, Italian, French, and many others. The smell of culinary specialties is felt everywhere so there is no fear that you will stay hungry. On the contrary, the food in Singapore is not expensive, and fish fans and vegetarian will enjoy here. Spices are expensive so it is good to check all used ingredients before ordering.

Bukit Timah Nature Reserve is located 12 kilometers from Singapore and is one of two significant areas of primary rainforest in the world, the other one is in Rio de Janeiro. Nature and animal lovers will love it here because of the environment rich in exotic flora and fauna. Nature reserve is also a perfect place for walking and hiking, and it is visited by a large number of tourists. 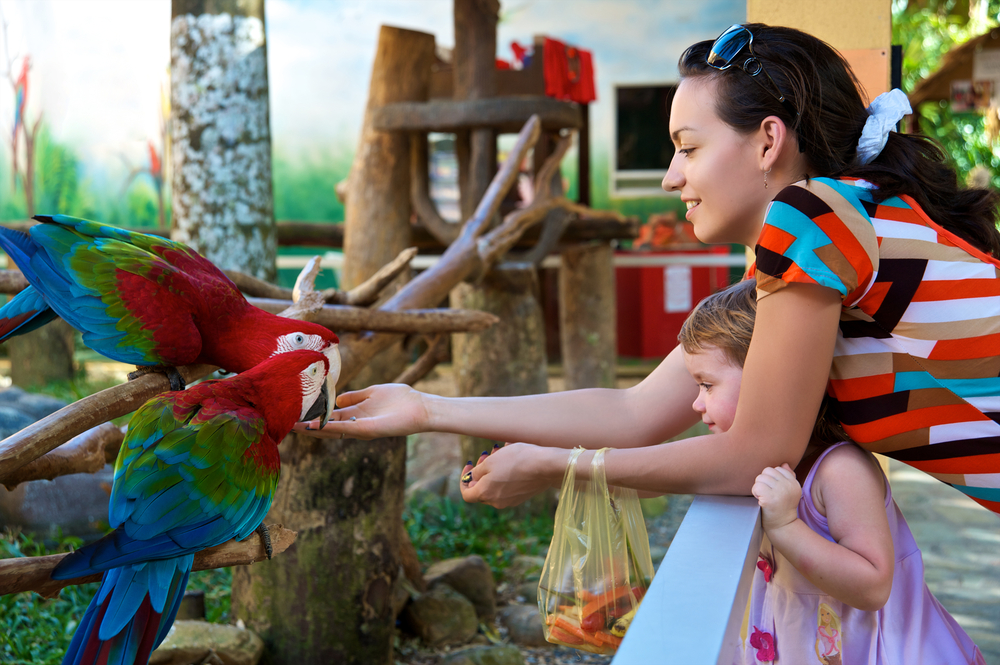 Jurong Bird Park is the largest natural reserve for birds in Asia, where more than 600 species reside, or about 7,000 individuals from nearly all over the world. This is an ideal place for the curious, especially for bird researchers who would learn all about their differences, life, appearance and the way they sound. 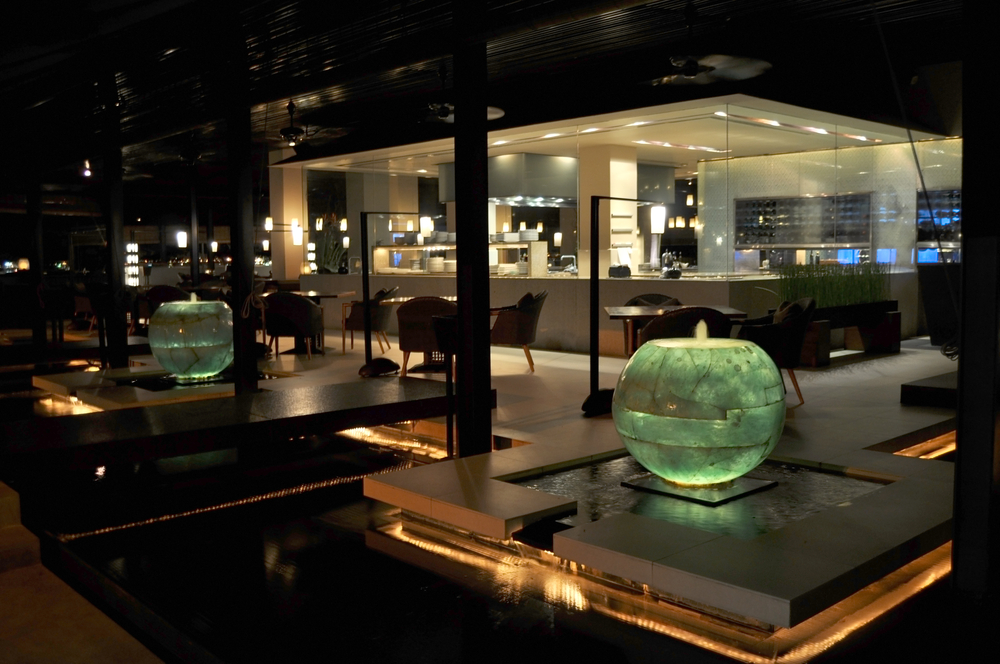 One of the most popular tourist attractions in Singapore is definitely the Sentosa Island. Here visitors can enjoy in top-quality entertainment with water sports, a variety of beach activities and free time. With entertainment, you’ll have a great opportunity to learn about marine life, as well as various kinds of small creatures and insects.

Official languages: English, Malay, Mandarin and Tamil
Religion: Buddhist (30 percent), Christianity (19 percent), Muslim (15 percent), Taoism (14 percent) and Hinduism (5 percent), and 15 percent of the population are atheists.
Currency: Singapore dollar
How to travel: by plane; International Airport Singapore Changi Airport is located about 17 kilometers northeast of the center of Singapore, in Changi.
When to travel: it is recommended to travel when ever you want as there are many interesting festivals held during the entire year and the temperature rarely falls below 20 degrees.
Accommodation: demanding travelers accustomed to luxury are recommended with the five stars Grand Hyatt Hotel, which is located in the center, as well as the Four Seasons, also a five-star hotel located in the vicinity. There’s also Shangri-La’s Rasa Sentosa Resort located in Siloso Beach, which is a paradise for wealthy tourists. Price per night is around 1,500. You can also choose hostels, like Betel Box Backpacker Hostel, or, in turn, Fragrance Hostel. Both are located in the district of Little India, and the price per day is between 80 and 100 kuna.
Restaurants in Singapore: Original Taiwanese dishes can be eaten in a restaurant Din Tai Fung, Indian cuisine can be found in the restaurant Kinara, and Mexican dishes can be found in restaurant Café Iguana. You can get great coffee at Ya Kun Kaya Toast.

Be prepared for a number of rules in Singapore whose violations are severely punished. It is forbidden, for example, to throw chewing gum or a piece of paper on the street, and you will be punished if in a public toilet you “forget” to release the water.

Any possession of a narcotic substance is strictly punished, and you can get the death penalty for a drug or murder.