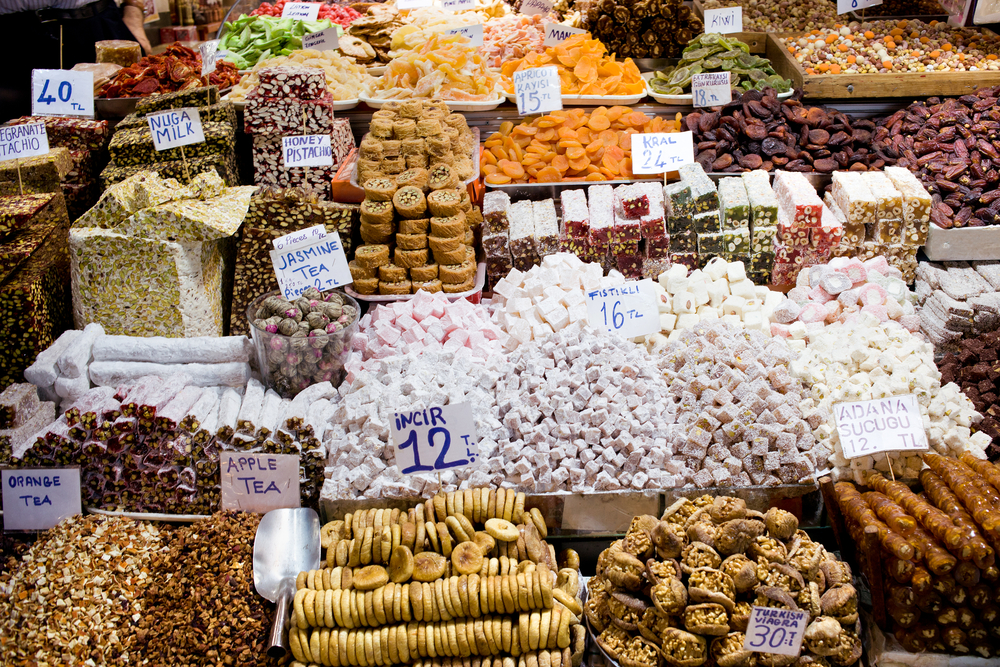 Beautiful Eurasian country offers tourists the best from both worlds.

Republic of Turkey extends to about 780 thousand square kilometers in southeastern Europe, but also in the southwestern part of Asia. It borders with Iran, Armenia, Azerbaijan and Georgia in the East, with Iraq and Syria in the south, and with Bulgaria and Greece in the south. The country has access to Mediterranean, Aegean and Black Sea, while the Sea of ​​Marmara – that is the Bosporus and Dardanelles straits – represent water border with Little Asia.

In the sense of geography and climate, this is a very diverse country. Fertile valleys and plains stretch in the area along the Mediterranean Sea, the steppes, and mild increases are in the central part of the state, in the east there are mountains covered with snow, while the west is covered with dry land, and almost a desert climate.

The European part of the country occupies only 3 percent of all territories where about 10 million Turks live, and the rest of the country extends to the Asian continent and brings together as many as 58 million people. About 80 percent of the population are the Turks, while the rest are Kurds, Arabs and people of Zaza.

Capital – Ankara – is situated in the center of the country in the Asian continent at an average altitude of about 900 meters. It represents a political and administrative center of the country. Tourists, however, prefer the largest city of Turkey – Istanbul – which is located on the Bosporus strait, that is at the crossroads of two continents. 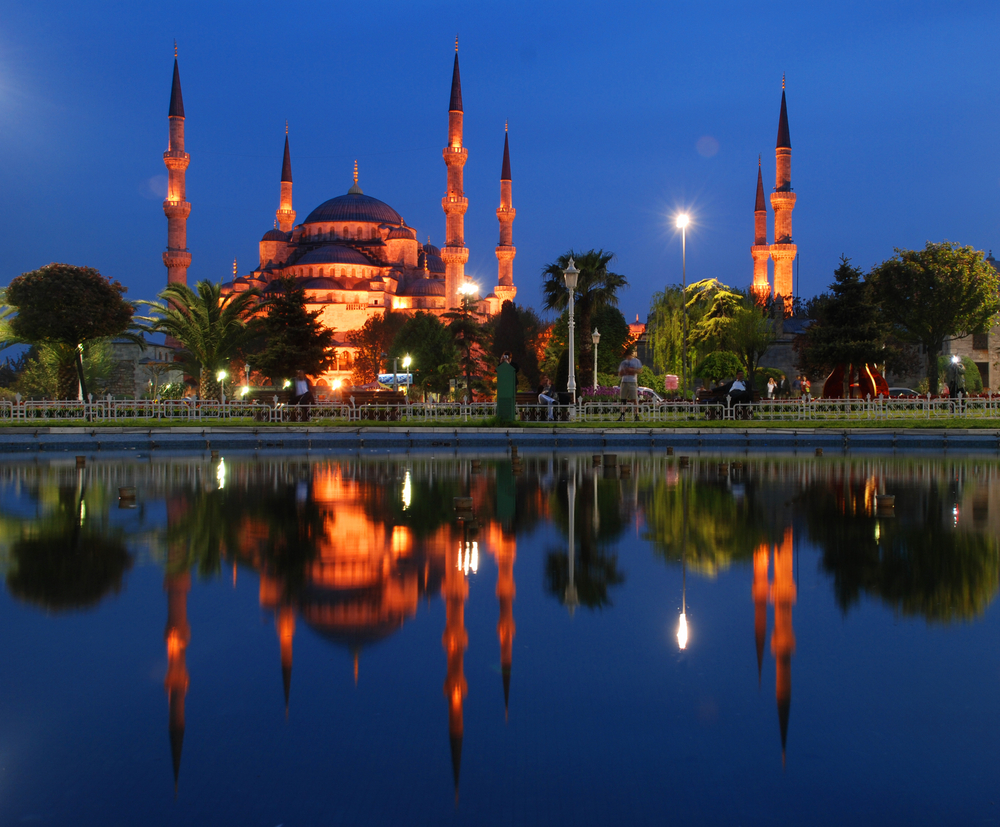 Turkish cuisine is famous worldwide and is particularly known in our region. It represents an unusual combination of European and Asian flavors, and is based on meat – usually beef and lamb, various vegetables and spices. Here they also eat kebab, burek, balls and baklava, and (Turkish) coffee, tea and alcoholic drink raki – flavored with anise are drunk.

Go to the big city bazaar, bargain and treat yourself with a Turkish souvenir. Relax in the hammam – a Turkish bath. Visit the metropolis of Ottoman sultans – Palace Topkapi Soraj, one of the world’s most famous mosques – Hagia Sophia and the number of cultural monuments. Take a ride on the Bosporan bridge, and go to the Asian continent.

Climb the 2134 meters high Mount Nemrut in southeastern Turkey! It is best known for the archaeological remains of sculpture under the protection of UNESCO. It is assumed that parts of these statues belong to the royal tomb of Antiochus I. Komagenskog, and that it originates from the 1st century. 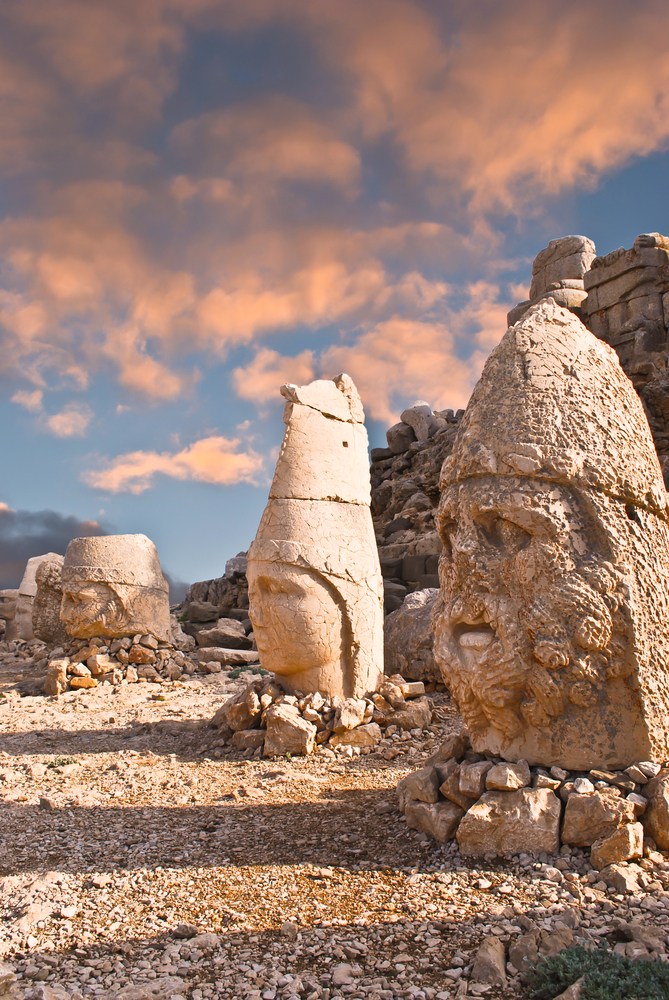 Visit the Turkish town Oludeniz in the southwest! It is known for its long sandy beach, situated along the turquoise blue lagoon, which is regularly found on the top charts of the best in the world. Due to the proximity of the mountain Babadag this place is considered the perfect destination for paragliding.

Explore the capital of Turkey! The main landmark is the monumental mausoleum of the founder of the state – Mustafa Kemal Pasha Ataturk. Be sure to visit the largest mosque in the city – Kocatepe, Hatti Monument, the fortress and the remains of Roman buildings, and there’s also a range of museums where you will discover the history of this area.

Cappadocia is a popular tourist destination, situated in the heart of Anatolia. This is an amazing space that was created by erupting lava of two volcanoes and is shaped by rain and wind. It boasts with unusual columns, pyramids and cones known as fairy chimneys. At the foot of this wonderful site which is under the protection of UNESCO, you can explore the ancient underground cities.

Official language: Turkish
Religion: Islam (the majority of the population)
Currency: Turkish lira (TRY)
Visa: not required
How to travel: by plane – the main airport of Turkey is Ataturk International Airport near Istanbul.
Disease and prevention: special vaccination to enter the country is not required.
When to travel: Spring-summer
Accommodation: Hotel Swissotel and the JW Marriott hotel in the capital city are an excellent choice. In Istanbul, visit the hotel Amira.
Restaurants: Trilye and restaurant Gunajdinet in the capital are a good choice. Excellent Turkish cuisine in Istanbul serves restaurant Albura Kathisma.

It is not advisable to go in Turkey’s southeast province on the border with Iraq – Hakkari, Sirnak, Sirt and Tunceli – due to armed conflict of Kurdish separatists and the Turkish army. It is advisable to follow the news in this country, because Turkey is located on the seismically active area with strong earthquakes.

If you are a woman, respect the tradition of the place and do not induce gaudy dress. This is still a Muslim country, so covered shoulders and legs are a matter of general culture.